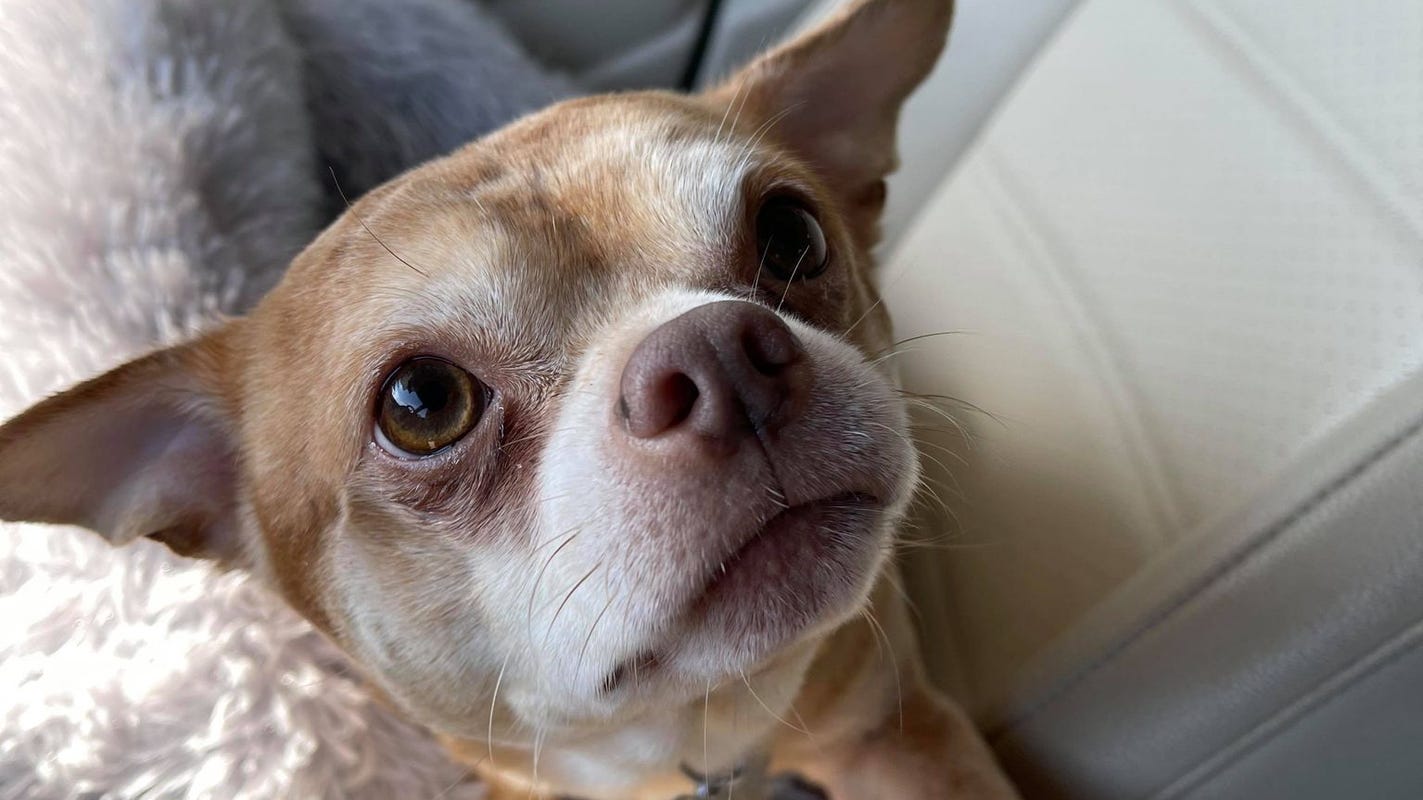 Remember Prancer, the demonic 2-year-old Chihuahua that everyone wanted to adopt after his foster mom posted a brutally honest Facebook review on his grumpy personality traits?

Good news. The dog affectionally referred to as a “haunted Victorian child in the body of a small dog that hates men and children” finally found his forever home.

“Time flies when you’re having fun. Time also flies when the Chihuahua who held your family hostage for 6 months finally gets adopted,” the pup’s former foster mom, Tyfanee Fortuna, posted on Facebook on Monday. “Prancer is almost a distant nightmare to me now, even though he was adopted just over a week ago.

“On a more serious note, I am still blown away by the reach Prancer’s adoption bio had. I never expected it would blow up the way it did, but I am so thankful to everyone who shared his story, even if just for the comedic value. I was going to be really embarrassed if I said all those unsavory things and it didn’t work out,” Fortuna’s Facebook adoption announcement continued. “You can’t call a dog a 13lb rage machine and then write another follow-up bio saying ‘He’s a sweet boy who just needs time to warm up!’ So I really can’t thank the internet enough for embracing him as he is.”

Prancer is a 2-year-old Chihuahua who became famous after his New Jersey foster mom shared his unique quirks on Facebook. (Photo: Tyfanee Fortuna)

Prancer is now living in Connecticut with his new mom, Ariel Nicole Davis.

“I saw Prancer on Facebook and after reading the article, I felt a deep connection to the little man,” Davis told USA TODAY. “It’s only been a week, but he is the best little man. He’s so loyal and friendly with me. We go for long walks and we have helped each other open up a bit.”

As for Prancer’s notorious hatred of men, children and other pets, Davis said that’s not a problem.

“As a single, older lesbian with no men in my life and no pets, I thought he might be the perfect match for me,” she said.

“We worked round the clock for days sifting through emails and applications, but finding someone who met Prancer’s particular list of qualifications was like finding a needle in a haystack,” Second Chance wrote on Facebook. “But he knew exactly how he wanted to live, and we were committed to finding him the best possible match without other dogs, cats, men or children to stress him.

“With the help of his foster mom, we finally narrowed it down and set up a meeting with Ariel, who had no other pets, a female-only home, and was sincerely committed to doing whatever she had to do to give him the life he wants.”