The takeaway food giant could still be worth between £7.6billion and £7.85billion when it floats tomorrow – but that compares with an upper target of £8.8billion announced last week. Since then big investors have said they were snubbing the listing because of concerns over employment. An investigation claimed riders were averaging less than the minimum wage.

James Anderson, at Scottish Mortgage which backs takeaway delivery platforms, is “lukewarm” about Deliveroo because of its focus on slower-growing markets and over-reliance on London.

He said: “I think their model is successful in the unusual economics of London and it’s much more difficult to spread elsewhere.” M&G said the reliance on gig-economy workers made it a risk for investors. 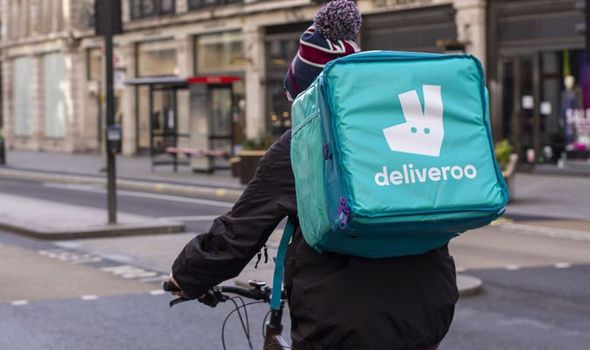 But the Stock Exchange debut could be the biggest in a decade and see co-founder Will Shu, 41, net a fortune of £470million.

The company claimed the decision to opt for the lower end of the price range was unrelated to the criticism.

A spokesman said: “Given volatile global market conditions for IPOs, Deliveroo is choosing to price responsibly within the initial range and at an entry point that maximises long-term value for our new institutional and retail investors.”

There had been “significant demand from institutions across the globe”.