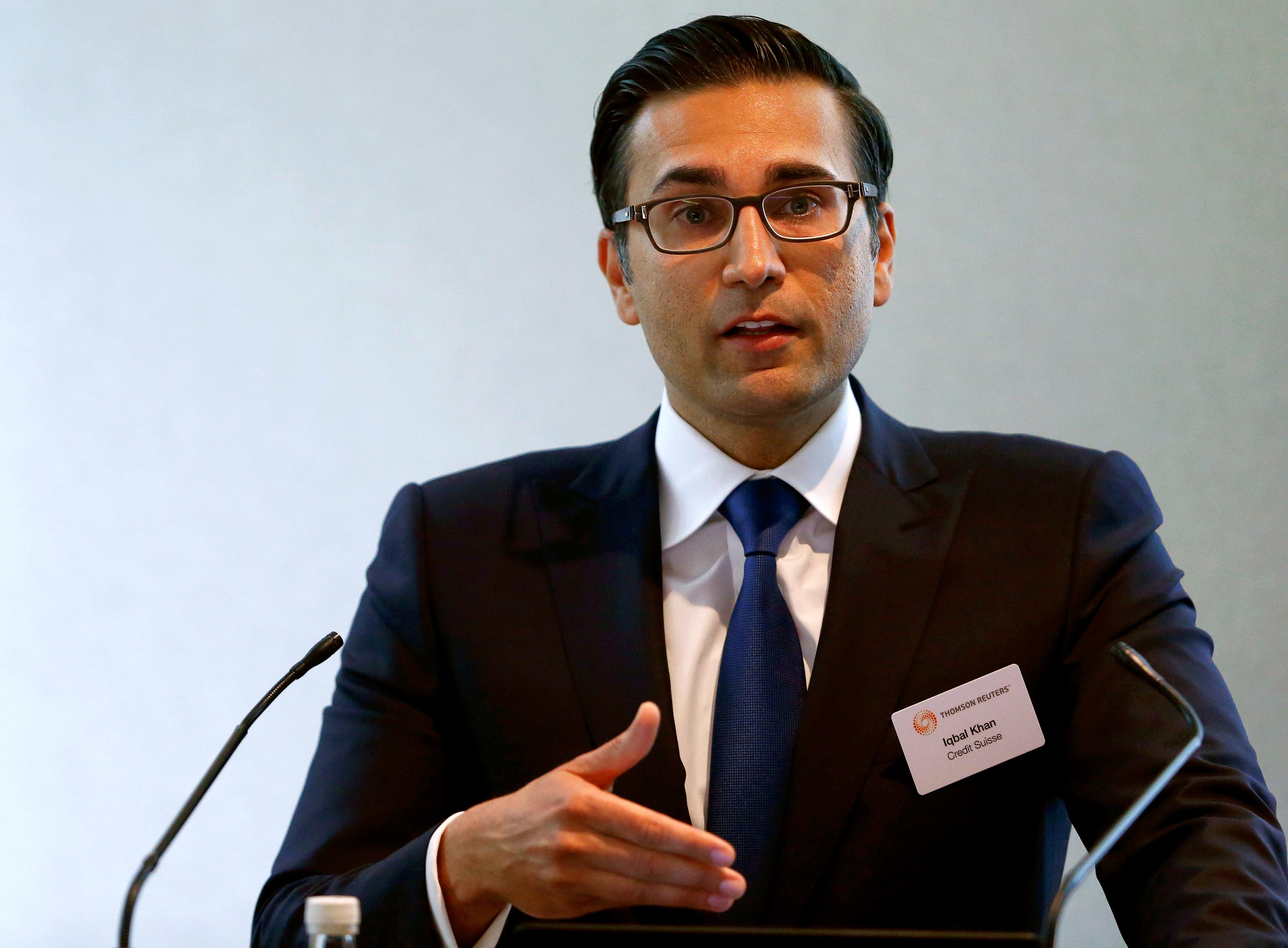 Khan’s surprise move “to pursue other opportunities” sparked speculation that the 43-year-old, who has overseen solid growth and profitability gains at Credit Suisse, could be hired by rival private bank Julius Baer (BAER.S) or UBS (UBSG.S).

A source close to Thiam said they did not know what Khan had planned next, while a source close to Khan said the sudden move had come as a surprise even for close associates.

Khan, who could not be reached for comment, will be replaced by international wealth management’s (IWM) chief financial officer, Philipp Wehle, a Credit Suisse veteran and former German military intelligence officer who has held a number of roles since joining in 2005.

Sources told Reuters in March that Zurich-based Julius Baer is considering Khan as a possible successor to its CEO Bernhard Hodler. Baer declined to comment on Tuesday.

Wehle was also appointed a member of the executive board, Credit Suisse said in a statement on Monday.

Thiam — who has cut thousands of jobs, focused on wealth management and settled legal cases that had plagued predecessors — has been reshuffling leadership including naming a new chief risk officer in February.

“Under his leadership, IWM has delivered strong financial results, while enhancing our client franchise and achieving industry leading growth,” Thiam said in a statement. “I thank Iqbal for the strong results he delivered.”

IWM had record quarterly net revenue and pre-tax income in the first three months of the year.

Khan joined Credit Suisse from Ernst & Young in 2013 as finance chief for the private banking and wealth management business and in 2015 was appointed as CEO of IWM and an executive board member.

Financial sector sources said Khan would be a good candidate for foreign banks, one adding he was “could easily be a strong addition to some of the American banks”.

Khan’s abrupt departure did not necessarily signal he had been passed over to become Credit Suisse CEO as Thiam has said he was in no hurry to go.