With celebration of “Freedom Day” drowned out by a chorus of more than 600,000 “pings” from the NHS Test & Trace app, and images of empty supermarket shelves circulating on social media, the government has belatedly – and perhaps reluctantly – agreed to exempt a limited number of workers from self-isolation.

Around 10,000 workers in the food supply chain, and a limited number of key employees in critical sectors from energy to the emergency services will instead be subject to Test and Release.

Until now the system has only been used in 20 trials, including the scheme in Whitehall that Prime Minister Boris Johnson and Chancellor Rishi Sunak briefly tried to join to dodge self-isolation before an outcry forced a swift U-turn.

Food manufacturer apetito has been running a more credible scheme for months and offered Sky News an insight into its operation.

The company, based in Trowbridge in Wiltshire, makes food for care homes and hospitals, and has been running the scheme among its 500 production line and distribution staff.

Instead of isolating, any close contacts of COVID-positive workers take a lateral flow test for seven days and, if each one is negative, they are able to continue working. 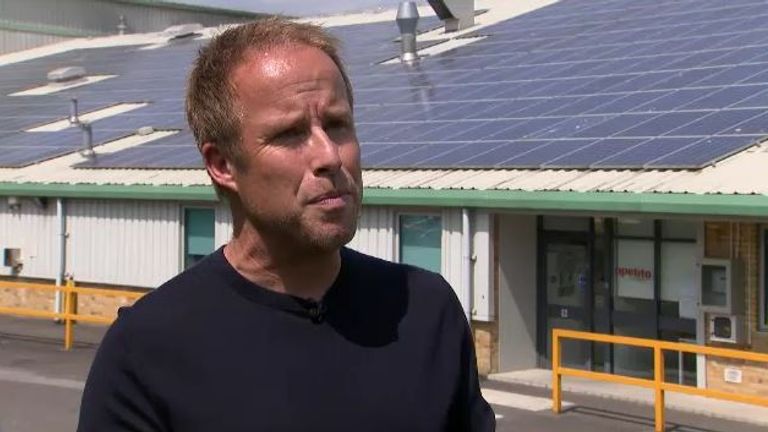 Director of corporate affairs Lee Sheppard said that while the scheme has kept the number of isolating workers down, Test and Release is not enough on its own to control COVID-19 outbreaks.

“The numbers of isolations are increasing,” he told Sky News.

“Ours are still relatively low, but daily contact testing is definitely helping, and as those numbers increase it will become even more valuable.

“But testing alone isn’t the answer. Testing is hugely valuable, it enables you to identify those asymptomatic cases that otherwise you wouldn’t find. But the real focus here is on prevention of transmission.

“And that is where I think (we need) COVID safety measures, a relentless focus on social distancing, face coverings, one-way systems segregating workers and so on.

“We very consciously haven’t relaxed our guidelines since 19 July because we have seen the challenges out there.

“(Test and Release is) valuable, there’s no doubt about it – people that we otherwise would have lost from the workplace because of isolation, we can bring back in.

“But without all the other COVID measures it isn’t enough. It’s got to be a combination of the whole picture.”