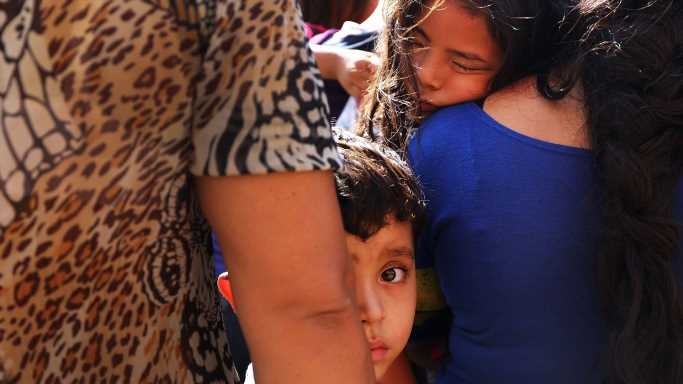 More than 40 million Americans live below the poverty line, and of those facing such financial hardship, children are disproportionately affected. Nearly 12.6 million children under age 18 live in households with poverty level income.

Not only are children at higher risk of poverty, they are also especially vulnerable to poverty’s harmful effects, both in the immediate and long-term. Childhood poverty can negatively impact brain development and has been linked with a greater likelihood of chronic illness, shorter life expectancy, and poor emotional and behavioral health. Those who spend some or all of their childhood in poverty are also less likely to succeed in school or be financially secure later in life.

Nationwide, an estimated 17.5% of children under age 18 live below the poverty line. And though the United States has one of the worst child poverty rates among wealthy, developed countries, in parts of the U.S., child poverty is considerably less common than it is nationwide.

In every county on this list, less than 6% of children live below the poverty line. The places on this list span the country, though seven are located in Nebraska, the most of any state. Here is a look at the income a family needs to cover normal living expenses in every state.

Not only is serious financial hardship less common in these places than in much of the country, but families also tend to be relatively well off. In most of the counties on this list, the median income among households with children exceeds the national median of $77,445, and in over half of these counties this median exceeds $100,000. Here is a look at the richest town in every state.

Lates News:
2022-06-18
Previous Post: ‘Can you see how that looks, Nicola?’ FM ‘happy to be part of UK’ if Eurovision in Glasgow
Next Post: Bitcoin Miners Start Selling Their Holdings As a BTC Bottom Proves Elusive