SINGAPORE (Reuters) – Leaning on its SARS experience, Hong Kong’s Cathay Pacific Airways Ltd (0293.HK) has slashed flights, asked staff to take unpaid leave and is re-assessing its fleet as it battles an epidemic and a crisis of morale after pro-democracy protests. 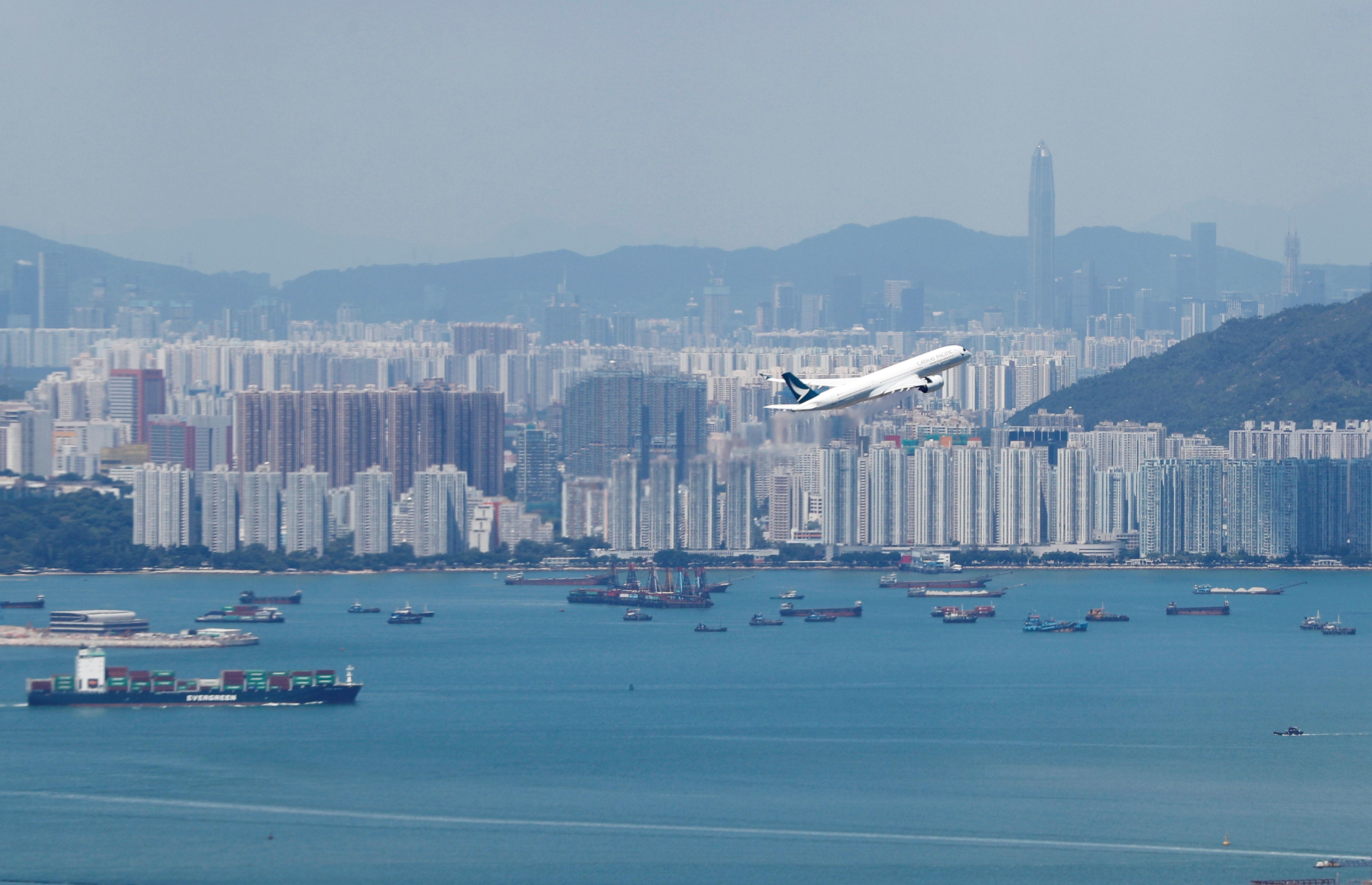 Planes are parked unused at its home airport, flights across its network like Rome and Washington have been canceled because of low demand, and the airline is temporarily closing some of its premium lounges.

Cathay used a similar playbook during previous shocks, including the Severe Acute Respiratory Syndrome (SARS) epidemic and the global financial crisis, both of which it rebounded from relatively quickly.

This time, though, Cathay was already dealing with an internal crisis before the virus hit.

Last year, it fired dozens of employees sympathetic to widespread anti-government protests in the city, and its two top executives resigned after criticism from China.

That means there is less goodwill among staff being asked to take three weeks of unpaid leave, six employees told Reuters on condition of anonymity because they were not authorized to speak with media.

“No one is lining up to personally sacrifice for this company – not anymore,” a Cathay pilot said. “We have all seen how quickly the company and economy recover from these things, and in hindsight they are but a blip on the timeline of Cathay’s business.”

The carrier is the most-exposed airline outside mainland China to falling demand caused by the coronavirus, SARS-CoV-2, which has killed more than 1,300 people and sickened more than 60,000.

Local rival Hong Kong Airlines is on the brink of financial collapse, according to analysts, which could benefit Cathay in the long run.

At this week’s Singapore Airshow, attendees said they were confident Cathay could weather the viral storm – even though some customers and corporate clients are avoiding even a transit at Hong Kong’s airport as countries extend quarantine requirements.

“I think people are mindful it may be a very sharp shock, but the recovery could be equally impressive,” said Andrew Herdman, the director general of the Association of Asia Pacific Airlines and a former Cathay executive.

During a crisis, lack of cash flow can quickly become a problem for carriers, as many of their assets, such as planes, have fixed costs but are idle and no longer bringing in revenue.

“We don’t know how long this will last,” Cathay chief executive Augustus Tang told staff in a video last week seen by Reuters. “With such an uncertain outlook, preserving our cash is now the key to protecting our business.”

The number of customers seeking refunds has skyrocketed, with the airline emailing those affected, including some air show delegates, to tell them reimbursement could take up to six weeks.

“They are in a massive world of pain,” said an air show attendee with knowledge of the company, who was not authorized to speak to the media.

Cathay already in November deferred the delivery of four Airbus SE (AIR.PA) narrowbodies because of the downturn associated with the protests. The airline said at the time it had planned to receive 17 new planes from Airbus this year, 7 of them A350 widebodies.

It is now trying to negotiate the early return of some of its leased Boeing Co (BA.N) 777-300ER planes, according to a person familiar with the plans, as it focuses on operating more fuel-efficient A350s. Boeing’s delays in certifying the larger 777X means Cathay can also put off taking delivery of those aircraft, which it has already ordered.

“We are continuously assessing our fleet and aircraft deployment in order to best align capacity with market demand,” Cathay said in a statement.

Airbus and Boeing executives at the air show said they understood the need to be flexible.

“We stay very close to our customers,” Airbus head of marketing Francois Caudron told reporters. “Some of them are really suffering.”

Cathay has cut 90% of its passenger flights to mainland China and 30% of capacity across its global network through the end of March.

When Cathay encouraged unpaid leave during SARS and the global financial crisis, it eventually repaid most of the lost wages to staff when business recovered, employee sources said.

But with some flights to mainland China continuing despite staff concerns, some crew members said they felt the company was prioritizing revenue over their well being.

“The morale is bad,” said a flight attendant at Cathay’s regional arm, Cathay Dragon, which is now handling all of its mainland China flights. “It is just like a wound that will never recover.”