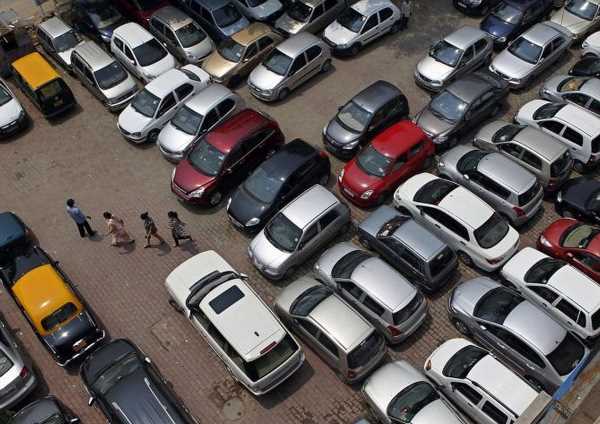 The automobile nucleus is humming again. The industry’s order books are full. 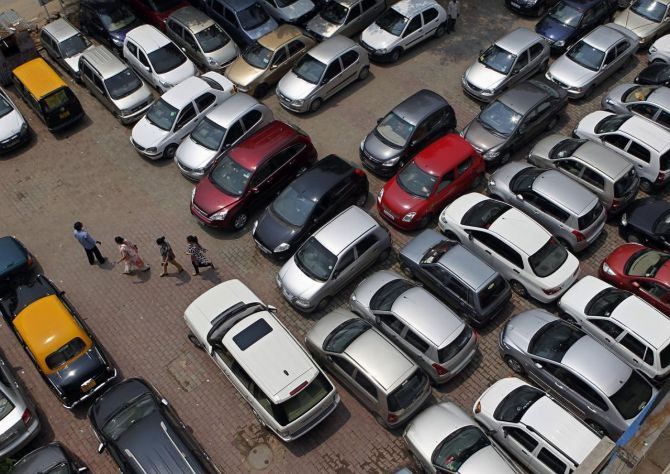 The traffic tells a story.

During the lockdown, it took 45 minutes to zip through the deserted 35-km stretch from Chennai to reach the automobile heart of Sriperumbudur-Oragadam, where the big names of the car industry — Hyundai Motor India, Renault-Nissan India, Daimler India Commercial Vehicles, Apollo Tyres, and Royal Enfield — are based.

The automobile nucleus is humming again. The industry’s order books are full.

But the fortunes of large manufacturers and their small and medium component suppliers vary.

At his small plant, where he makes power metallurgy furnaces for automobile components that he supplies to large carmakers, T E Soundarajan, chief financial officer, Fluidtherm, is all smiles, relieved that demand is up 50 per cent, compared with pre-Covid levels.

Working capital is not a problem, given banks have been eager to provide loans at attractive rates.

But how do you fulfil orders when skilled labour is in short supply and the price of raw materials has gone up, affecting your bottom line?

The prices of raw materials, mainly steel, have risen 50-80 per cent since October. Large vehicle manufacturers can either absorb the extra cost, given their high liquidity, or pass it on to the customer by increasing the price of the vehicle marginally.

For those lower down the value chain — the small- and medium-sized enterprises (SMEs) with wafer-thin margins — the extra cost is impossible to absorb.

“I am so relieved to get my customers back. I dare not raise my prices, for fear of demand shrinking again.

“I have to settle for a negative bottom line just to hold on to my customers,” said M Balachandran, chief executive officer, Delta Control Systems.

The raw material price increase has meant that some SMEs are working at minus 3-per cent margins.

They have to be very selective when it comes to taking new orders.

The second issue in the industry’s recovery is the labour shortage in the automobile hub.

But migrant labourers are not returning, either from fear of the virus or because trains are not available.

Here too, some original equipment manufacturers  and big component makers can manage the costs of whatever it takes to entice skilled workers and even fly them in, often from Jharkhand or Odisha.

Workers in any case are more eager to work for them than for a small enterprise offering lower salaries and benefits.

Among the larger vehicle manufacturers, higher demand has resulted in almost 80-100 per cent capacity utilisation and suppliers are struggling to meet the demand for components.

“Demand is exceeding capacity,” said Balachandran of Delta Control Systems, which is a tier-1 supplier for Hyundai, Deutz-Fahr India, SFL and others.

“But we are unable to ramp up production, owing to the higher raw material cost and labour shortage.”

Balachandran’s factory is inside Ambattur Industrial Estate and houses 2,000 units, most of which cater to the automobile industry.

Those companies supplying parts to cars, two-wheelers, and tractors are doing well.

He supplies components to the manufacturers of heavy-duty vehicles used in construction.

Here, demand continues to be sluggish since the infrastructure segment is yet to see a revival.

These are expected to push up demand only when spending starts.

“We expect to report either a flat or a marginal increase in growth in 2020-21.

“The uncertainty will continue until the government kick-starts the infrastructure projects that were announced in the Budget,” said Kumaran.

K E Raghunathan, convener of the Consortium of Indian Associations, said while large companies, such as Hyundai or Daimler, can manage higher overhead costs, SMEs are struggling.

If they fail to meet their overhead costs, this will result in defaults and non-payment of benefits and salaries to employees.

Sriperumbudur-Oragadam automobile hub was the first to reopen when the government started relaxing the lockdown.

The Hyundai Motor India factory at Irungattukottai reopened on May 8, 2020.

Around 6 am, buses transporting workers from the surrounding areas start entering the plant.

Only 50 per cent of the bus seats are occupied to ensure social distancing. From the 190 buses used earlier, the figure has risen to around 290-300 buses.

Inside the plant too, Hyundai has created additional space in the working areas and canteens for social distancing.

Over at the Oragadam automobile cluster, home to Renault-Nissan, Royal Enfield, and Yamaha, among others, most companies have also reached almost 70-80 per cent capacity and added new workers to ramp up production.

Royal Enfield is operating at full capacity at its manufacturing plants in Oragadam and Vallam, which can make around 1.2 million motorcycles every year.

The new orders coming in have also prompted Nissan to add a third shift at its Oragadam facility and hire over 1,000 extra people.

With these ‘mother plants’ now operating at full steam, the larger suppliers have also ramped up production.

At Sundram Fasteners, one of the largest component makers, capacity utilisation across its plants in and around Chennai has reached over 75 per cent.

Arathi Krishna, managing director, Sundram Fasteners, said the demand for components for passenger cars, two-wheelers, and tractors had gone up. Of late, even demand from medium and heavy commercial vehicles had picked up.

“I am optimistic that the momentum will continue. But the challenge will be the raw material price increase,” she said.

At Wheels India, another large automobile components manufacturer, its plants have also reached around 75 per cent capacity, up from 55-60 per cent

Its managing director Srivats Ram said the company had seen decent performance in all segments, but less so in commercial buses and railways.

“We expect the momentum we have in exports to continue, although there is some concern due to the escalation in commodity prices,” said Ram.