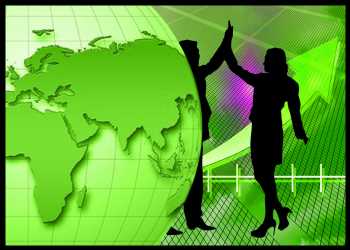 Asian stock markets are trading mostly higher on Monday, following the broadly positive cues from Wall Street on Friday. Despite worries about the spread of the delta variant of the coronavirus across the world, traders seem cautiously optimistic on positive economic cues for the global economic recovery from the pandemic. Asian markets closed lower on Friday.

The Australian stock market is significantly higher on Monday, recouping most of the losses of the previous two sessions, with the benchmark S&P/ASX 200 moving above the 7,300 level, following the broadly positive cues from Wall Street on Friday. The markets are boosts by materials, gold miners, financial, energy and energy firms.

The market’s upside is capped as traders are spooked amid the worsening spread of the highly contagious coronavirus variants in New South Wales, which recorded 77 new locally acquired cases of COVID-19 on Sunday, primarily in Sydney. Australia also reported the first locally-acquired coronavirus death in 2021.

Among the major miners, BHP Group is gaining more than 3 percent, while Mineral Resources and OZ Minerals are up more than 2 percent each. Fortescue Metals and Rio Tinto are adding almost 3 percent each.

Oil stocks are higher after crude oil prices climbed on Friday, Oil Search, Santos and Origin Energy are gaining almost 1 percent each, while Woodside Petroleum is adding more than 1 percent and Beach energy is up almost 2 percent.

Gold miners are higher. Evolution Mining is gaining more than 1 percent and Northern Star Resources is edging up 0.2 percent, while Gold Road Resources and Newcrest Mining are adding almost 1 percent each. Resolute Mining is flat.

Among the big four banks, Westpac and National Australia Bank are gaining almost 1 percent each, while Commonwealth Bank is edging up 0.5 percent and ANZ Banking is adding more than 1 percent.

In other news, shares in Australian Pharmaceutical Industries are soaring more than 18 percent after the Priceline and Soul Pattinson pharmacy owner received an acquisition bid of $1.38 per share from retail and industrial conglomerate Wesfarmers. The bid values API at about $690 million.

In economic news, The total number of building permits issued in Australia was down a seasonally adjusted 7.1 percent on month in May, the Australian Bureau of Statistics said on Monday, coming in at 20,163. That matched expectations following the 5.7 percent decline in April. On a yearly basis, building permits surged 52.7 percent.

In the currency market, the Aussie dollar is trading at $0.747 on Monday.

Japanese stock market is sharply higher on Monday, recouping the losses of the previous three sessions, with the Nikkei 225 adding more than 600 points to shoot above the 28,500 level, following the broadly positive cues from Wall Street on Friday. However, investors continue to be spooked amid concerns that a state of emergency to contain a fresh wave of COVID-19 infections will slow the economic recovery.

The major exporters are higher, with Canon gaining more than 1 percent and Mitsubishi Electric up more than 3 percent, while Panasonic and Sony are adding almost 3 percent each.

Among the other major gainers, Fanuc and Yaskawa Electric are gaining more than 6 percent, while Japan Steel Works are adding almost 6 percent. Okuma is up almost 5 percent, while Minebea Mitsumi, Fuji Electric, Komatsu, Asahi Kasei, Showa Denko K.K. and Amada are rising more than 4 percent each. Furukawa Electric, JTEKT, NTN, Hitachi Construction Machinery and Toto are up almost 4 percent each.

The value of core machine orders in Japan was up a seasonally adjusted 7.8 percent on month in May, the Cabinet Office said on Monday, coming in at 865.7 billion yen. That exceeded expectations for an increase of 2.6 percent following the 0.6 percent increase in April. On a yearly basis, core machine orders jumped 12.2 percent, again beating forecasts for 6.3 percent after rising 6.5 percent in the previous month.

In the currency market, the U.S. dollar is trading in the higher 110 yen-range on Monday.

Elsewhere in Asia, Taiwan is gaining 1.1 percent, while South Korea and China are up 0.9 percent each. New Zealand, China, Hong Kong, Singapore and Indonesia are higher by between 0.1 and 0.6 percent each. Malaysia is bucking the trend and is down 0.4 percent.

On Wall Street, stocks moved sharply higher during trading on Friday, extending the rebound from the sell-off seen early in the previous session. With the upward move on the day, all three of the major averages ended the session at new record closing highs.

The major European markets also showed strong moves back to the upside. While the French CAC 40 Index spiked by 2.1 percent, the German DAX Index surged up by 1.7 percent and the U.K.’s FTSE 100 Index jumped by 1.3 percent.

Lates News:
2021-07-16
Previous Post: Wall St dips as declines in cyclical stocks outweigh growth boost
Next Post: This Is the Oldest House For Sale in America