BUENOS AIRES (Reuters) – Argentina has defused fears of a messy default after it gained “massive” backing from creditors, allowing it to exchange 99% of the bonds involved in a $65 billion restructuring, a deal that could set a precedent for future sovereign crises. 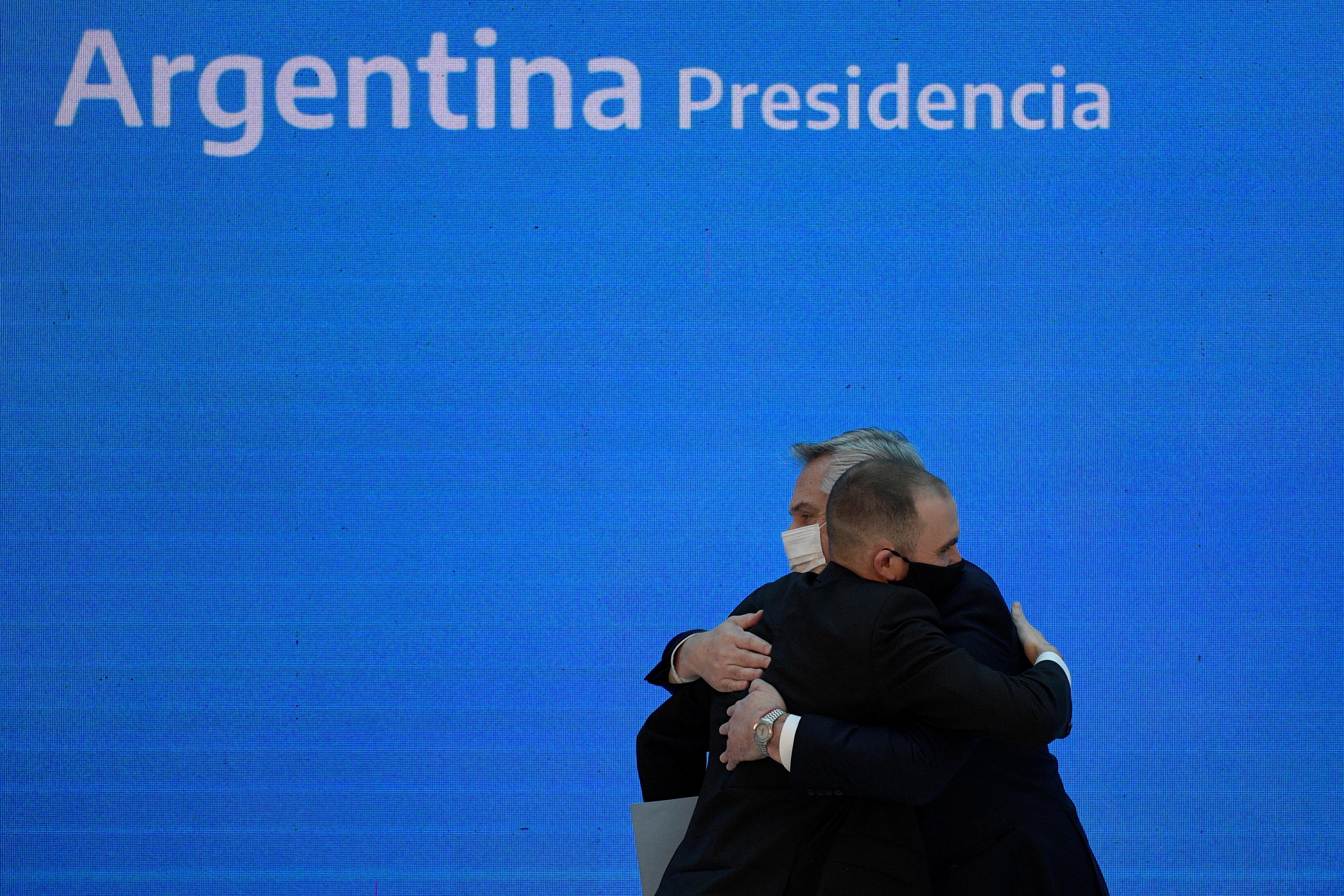 After months of winding and tense negotiations, framed by the coronavirus pandemic, bondholders tendered 93.55% of the eligible bonds in the exchange, Economy Minister Martin Guzman said at a news conference on Monday.

“In recent days we have worked on the conditions of an offer that gained massive acceptance by our creditors as a result of the dialogue process in past months,” Guzman said.

A strong deal is a major win for Argentina, Latin America’s No. 3 economy and a major grains producer, as it looks to escape from default and revive an economy in its third year of recession and expected to contract around 12.5% this year.

Reuters reported on Friday, when the deal deadline closed, that the government was confident of high creditor support for the deal after winning over its main three creditor groups to a deal in principle earlier in August.

Center-left President Alberto Fernandez, who took power in December, said that Argentina had been in a “labyrinth” of debt that had now been solved. He thanked allies, including Argentine Pope Francis and Mexican President Andres Manuel Lopez Obrador.

“Now there are other challenges, the first of which is to reactivate the domestic market,” he said at the Casa Rosada presidential palace.

Guzman said the country now needed to turn attention to sealing a new program with the International Monetary Fund to replace a defunct $57 billion facility agreed in 2018, as well as tackling provincial debt amid various smaller regional restructurings.

He said the government planned to send a 2021 budget bill to Congress in mid-September, which would include a forecast for a primary fiscal deficit next year of around 4.5%. A new deal with the IMF is unlikely before March next year, said Guzman.

The 1% of bonds that did not meet collective action clause (CAC) thresholds of support for a restructuring indicates there were some pockets of holdouts on individual bonds, though Guzman told reporters this was not a major issue and would be resolved.

The bonds being restructured have CACs that mean the government needs a certain level of support to restructure them. Older 2005 indenture bonds require a combined 85% of creditor support, with two-thirds of support needed on each individual series.

The strong support and few holdouts stands in contrast to Argentina’s 2005 debt restructuring, which saw creditors holding around a quarter of bonds reject a deal, leading to over a decade of legal battles.

Eduardo Levy Yeyati, an economist at Torcuato Di Tella University, said the good result underscored the important role of CACs, similar to what had happened with another recent successful restructuring in Ecuador.

“Once the government made a realistic offer acceptable to creditors, the CACs induced the rest to get on board, dissuading holdouts and avoiding costly litigation,” he said.

“We now have four years ahead of us to implement the policies that make this swap a sustainable solution.”