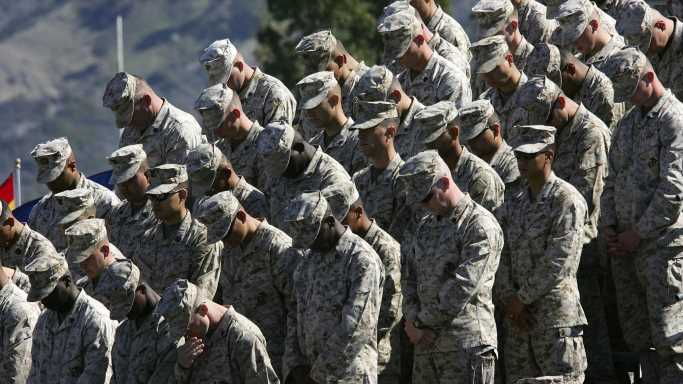 Most branches of the U.S. military have several special ops teams. Over 50 units in the U.S. fall under the United States Special Operations Command (SOCOM), including psychological operations units, asymmetric warfare units, special vehicle units, and special reaction teams among others. (Some units are specialized in unconventional warfare. These are the world’s most dangerous chemical weapons.)

The U.S. Army Special Forces, also known as the Green Berets, are known for unconventional warfare, special reconnaissance, and counterterrorism skills. Delta Force is the Army’s elite counterterrorism unit. It is highly skilled in sniping and close-quarters combat ability.

The Navy SEALs are renowned for their versatility on sea, land, and in the air. Naval Special Warfare Development Group, also known as DEVGRU or SEAL Team 6, is a counterterrorism unit overseen by U.S. Naval Special Warfare Command. This team, known for taking out 9/11 terrorist attacks mastermind Osama bin Laden, is the elite of the elite, made up of operators chosen from SEAL teams. (Here are 50 of the most decorated war heroes in American history.)

The Marine Corps has several elite units, including Marine Force Recon, a unit of the Elite Reconnaissance Marines that conducts deep and amphibious reconnaissance operations in support of Marine operations.

The Air Force has several air commando units, including a few on the list, as well as various Special Operations Squadrons within Air Force Special Operations Command that operate a variety of specialized aircraft. Resupplying  ground units and conducting airborne reconnaissance are among their missions. The units on this list, such as the Pararescue Jumpers, or PJs, are tasked with retrieving injured personnel from a hostile or otherwise unreachable area.

The Coast Guard utilizes various special operations forces, or deployable specialized forces, organized under its regional commands in the Atlantic and Pacific areas. One unit is the Maritime Safety & Security Teams, a security unit created following the Sept. 11, 2001, terrorist attacks. Its role is to protect sea ports and maritime facilities from terrorist attack.