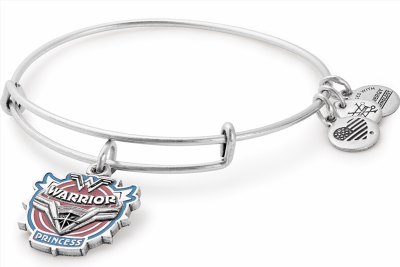 Alex and Ani’s bankruptcy proceedings that began in June followed the traditional grooves of the process when it stated its plans to shutter some 37 stores.

But the stress of the COVID-19 pandemic era, which has pushed dozens of retailers into bankruptcy and pressured landlords to offer concessions, has introduced some contention to the process by which companies reject leases.

In filings in Delaware bankruptcy court last month, the jewelry brand had outlined its goals for emerging from bankruptcy with fewer stores, as nearly all retailers do in its position, harnessing provisions of the bankruptcy code that allow debtor companies to walk away from leases in exchange for a nominal capped amount in damages for the rest of the lease. Such capped damages are also treated as general unsecured claims in a bankruptcy, only a small fraction of which are repaid.

But this week, a landlord of Alex and Ani’s SoHo location in New York City raised questions around the timing of when such a lease rejection would go into effect, challenging the notion that the brand could reject the lease for that store retroactively from the date of its Chapter 11 filing on June 9.

The argument by the landlord, which includes the entities 609 Realty LLC and 574 Realty LLC, came down to its claim that Alex and Ani hadn’t surrendered the premises, and shouldn’t be allowed to retroactively apply a lease rejection date that would allow it to avoid paying rent owed during the bankruptcy proceedings. The landlord doesn’t object to the lease rejection itself, only the company’s request to backdate it to the start of its bankruptcy.

“The debtor took no action whatsoever that would have been sufficient to give the landlord any sense that it would have been acceptable for the landlord to retake possession,” the real estate companies said in their filing Wednesday, referring to Alex and Ani as the Chapter 11 debtor. “To the contrary, the debtor was not even communicating with the landlord. It was not answering phones and was not returning emails.”

Representatives for Alex and Ani could not be reached for comment Thursday.

Though the terms of the bankruptcy code make it easy for debtor companies to back out of leases, they also require them to continue paying bills incurred during their bankruptcy, including rent, which are treated as administrative expenses that generally have to be paid in full.

Even for stores that a company plans to close during the bankruptcy, rent is owed from when the Chapter 11 starts to usually when the bankruptcy court approves the company’s motion to reject a lease.

And so, landlords may view efforts at backdating a lease rejection to the start of the Chapter 11 filing as an end run around the bankruptcy code’s requirements for companies to pay their bills during the process.

In the pandemic era, when commercial landlords have faced more pressure to grant rent concessions and contend with eviction moratoriums that have delayed them from retaking stores accumulating unpaid rent, landlords have been more keen to challenge these types of lease rejection terms, bankruptcy professionals said.

“I think landlords are starting to look a little closer at what’s happening in bankruptcy cases, just because they’re trying to maximize their value whenever they can,” said Jonathan Grasso of Pierce McCoy. McCoy isn’t involved in the Alex and Ani case and commented on bankruptcy trends generally.

“I’ve started to notice [that] landlords are starting to address these issues more frequently, just because, with the position that commercial landlords are in right now, every dollar matters,” he said.

In a declaration filed in the case, Robert Trabucco, chief restructuring officer for Alex and Ani, said that the company had entered bankruptcy with 74 leases, including for 25 stores that the company said were still closed due to the ongoing pandemic. The company’s leases run up roughly $12.7 million in annual costs, according to court filings.