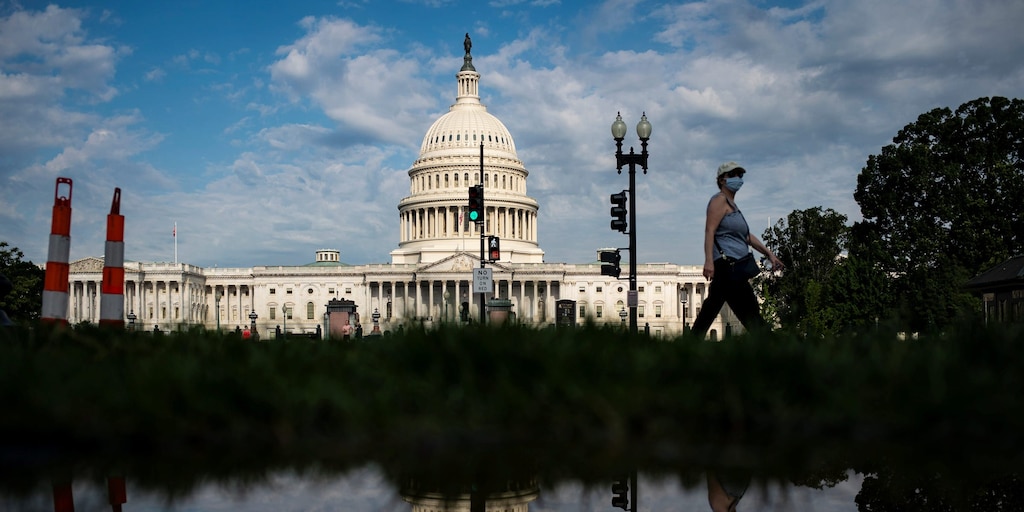 The US economy and stock market will do just fine without an immediate stimulus boost, David Rosenberg, chief economist at Rosenberg Research, said Thursday.

Major stock indexes sit slightly below record highs as investors wait for positive economic data, tumbling virus cases, or fresh fiscal relief to bolster bullish outlooks. The latter has been in the works for weeks as Republicans and Democrats spar over the size and facets of a second spending package.

Both chambers of Congress went on recess last week with little to show in terms of progress. Several economists deemed the stalemate a danger to the fragile economic recovery. Yet Rosenberg doesn’t think the nation necessarily needs a stimulus package so soon.

“We still have a personal savings rate in the US of 19%. It’s almost triple what it was in the pre-COVID norm,” the long-standing bear said on CNBC. “Only half of the stimulus checks have actually been spent. There’s a lot of dry powder left over from the first package.”

Read more: ‘Castles built on sand’: Famed economist David Rosenberg says investors are being too reckless as stocks rally — and that a vicious long-term bear market is far from over

Rosenberg’s comments follow a Wednesday tweet in which he cited strong retail earnings and sales data for his stimulus argument. “Blowout” numbers from Walmart and Home Depot show strength in consumer sentiment, he said. Record-high retail sales in July further begs the question if more stimulus is needed at all, Rosenberg added.

To be sure, the economy is far from staging a full recovery. The unemployment rate sits at 10.2%, and millions of Americans now face joblessness without the $600-per-week expansion to unemployment benefits included in March’s CARES Act.

Gross domestic product plummeted the most on record in the second quarter. Consumer confidence indexes and spending gauges retraced some losses but remain below pre-pandemic highs.

Read more: Steven Goldstein successfully played the market for 25 years before starting to coach traders who manage billions. Here are his 15 ‘golden’ rules that helped him ensure investing success.

Yet the gloomy data has done little to stop the stock market’s rally. Strong saving trends could be the culprit, Rosenberg said. That cash is helping mega-cap retail stocks swing higher on hopes of a continued spending spree.

“They’re not catering to a booming economy,” Rosenberg said. “Whether it’s Home Depots or Walmarts or Targets, they’re really geared towards the stay-at-home and work-from-home economy.”

He continued: “If these growth companies continue to perform well, the arithmetic tells you that the headline index, even with value feeling the pain trade, is still going to go higher.”