‘Isro is going to ask private players to assemble small rockets right away.’
For PSLV, there is a consortium between L&T and HAL.’
‘Instead of Isro taking every part from the 200-plus people and assembling, it will be fully assembled between the two of us, with help from other current eco-partners.’ 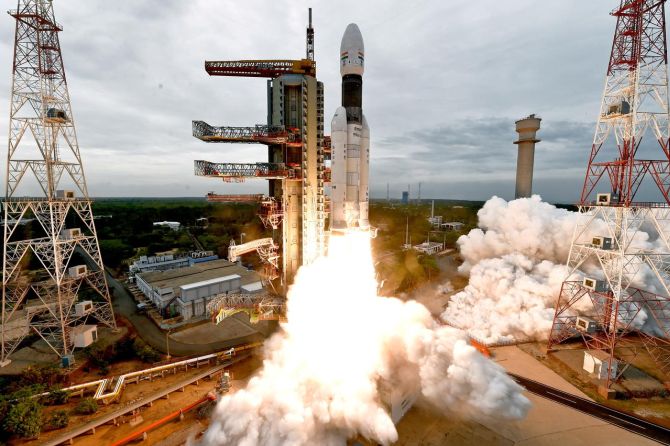 What was L&T’s contribution to the GSLV Mark III (launch vehicle), which carried Chandrayaan-II?

There are over 180 parts, small and large, that went from L&T into that GSLV Mark III.

One assembly, the solar array, has 1,100 parts and I am counting it as one.

While these components in terms of value addition would be 10-15 per cent, considering the raw material is supplied by Isro free of cost, they are critical in terms of function in the vehicle.

For example, the entire boosters and the interstage were from L&T.

If the booster fails, the vehicle will not take off.

L&T also supplied hardware like Umbilical and Honey Comb Deck Panels that were used in this launch.

We have played a vital role in powering the mission to the moon – critical flight hardware, sub-systems and assemblies.

How easy or difficult was the task?

It was the same metallurgy we have been producing for (the earlier) PSLV.

That way, GSLV is only an elder brother.

There is no completely new stuff anywhere.

Only the booster, instead of becoming 130 tonnes, comes at 200 tonnes. 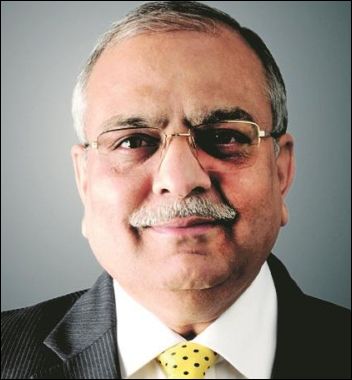 The booster diameter is a little larger, a little more difficult but if you are doing it for decades on PSLV, there is no issue that you cannot achieve it.

Obviously, you stretch your mind.

How much would you have invested in capacity expansion?

We needed to do PSLV and work on GSLV as additional work, so capacity was expanded.

The number of GSLV launches are expected to go up from one to four.

We might have spent Rs 40-50 crore for the additional capacity.

Isro wants industry to take over the entire assembling.

Isro is going to ask private players to assemble small rockets right away.

For PSLV, there is a consortium between L&T and HAL (Hindustan Aeronautics), which will be the prime contractors.

The rest of the eco-system plays under us. Instead of Isro taking every part from the 200-plus people and assembling, it will be fully assembled between the two of us, with help from other current eco-partners.

All solids and interstages in future would stay with L&T.

The liquid along with tankages, making it complete liquid stages, would be with HAL. Godrej will become a tier-I (supplier) to HAL. Walchand will become the tier-I to L&T.

The first launch (of PSLV completely built by industries) is planned in 2021.

After 2021, PSLV will be manufactured only by industries?

How many launches are we talking about?

The government cleared around 30 last year.

Every five years, the government keeps adding; more will be in the pipeline.

A perception is that Isro could have addressed (adverse) issues in Chandrayaan-II sooner if it had brought in a partner.

Anything which is not fully matured, it’s good that the risk is carried by the nation.

The kind of success that is proven in PSLV is not replicated in GSLV.

It is better to start doing industrialisation when it is matured.

At the time of maturity, the industry partner can take over.

When we had the discussions on PSLV, there was a lot of discussion on this.

Possibly, one can look at it once the government opens it up.

No basic skill changes – it is only more machines, more people, more plants and more physical coverage at shopfloors to do more.

But, logically, now is not the right time. To my mind, it will take time.

How is L&T building the capability and capacity for this?

We don’t really see a challenge in doing it; it is only a question of replication of manpower.

At least two of my three factories will see additional manpower and there is a training schedule they will go through.

We are trying to move the bulk of composite manufacturing into Coimbatore (Tamil Nadu).

Today, it is in Baroda and Coimbatore.

Investments are already in place over the past two years.

Would you be working on a manned mission?

That is still evolving.

The basic facilities for testing and simulation have been conducted and L&T played a very significant role on that.

We are involved in reusable vehicles, doing some structural assemblies on that.

The physical part of the man-mission is still under discussion.

How big would the space business be for you?

With the future projects, I think it will grow five to sixfold.

As soon as the privatisation happens, revenues will start picking in.

What are the constraints in going into export?

Export of space products, which is intercontinental, is not permitted.

Anything that could go beyond 300 kilometres, there was no chance of India ever buying anything or exporting anything till 2018.

That is easing out and having built all these skill sets, as and when the market opens, the whole world knows it is most cost-efficient.

The government is addressing some of the issues – not so much because of space but because of defence.

Since these are linked sectors, once that is fully in place, some day, even export would start happening in the space segment.