It is valid to be confused by the pace at which Bitcoin’s price is accelerating, despite whale activities intensifying over the past months. While it’s commendable that Bitcoin’s price has doubled since entering the new year, concerns as to why whale movements aren’t reflecting entirely on Bitcoin’s value are valid. 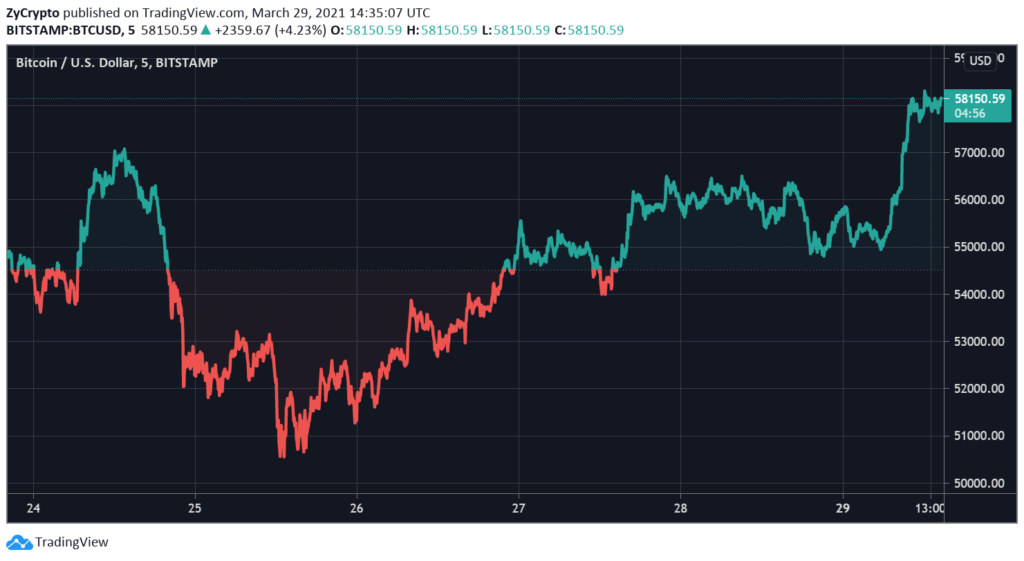 For clarification, an on-chain intern at Glassnode William Clemente breaks down the current situation of the market.

Noting that coins are indeed going off exchanges. He explained that it takes much longer for the dominance of stronger holders to be pronounced in the market.

“Many say, “If coins are being moved off exchanges, why isn’t price going up?” Price action is short-term, the increase of strong-hands holdings is a longer-term signal.” He explained.

Demand must increase before the effects of long-term holders reflect in the market, he added.

“The real effects of Bitcoin illiquidity will be felt when new waves of demand step in.”

As for the events in the traditional markets, they are expected to play out in favor of Bitcoin. The printing of more money could push corporate investors back into the market. Clemente shares these same sentiments with many other Bitcoiners.

If this should become the case, then we could see more companies accumulating in the months ahead, some may even arrive at the third or fourth quarter of the year, at which time sell-offs and demand will cause prices to “gap”.

Another significant factor that is expected to send more investors into the market, is the result of negative-yielding bonds, which is essentially when the original purchase price of the bond is higher than the returns received when the bond matures.

It is still relevant to remember that Bitcoin has been outperforming the market since the year began. The big bull has also managed to sustain gains over certain price marks for months, implying that market maturation is already ongoing. As the creator of the Stock-to-Flow Model reiterates, Bitcoin is just 4 months into the bull market, and still very far away from the end.

Ongoing market activities from both the industry and the traditional market are expected to “lead to substantially more demand than we have seen. This massive wave of demand will be left to scavenge over the small amount of Bitcoin left. (we haven’t seen nothin’ yet).”