Bitcoin and the crypto-market have noted quite a few ups and downs in their fortunes over the past few months. However, despite the fact that the world’s largest cryptocurrency did fall below $10,000, and at press time, was struggling to consolidate right above that level, it is safe to argue that Bitcoin has remained fairly stable price-wise. Given the immense expectations attached to Bitcoin, especially in light of the turmoil most of the world’s economies are in, BTC’s yearly returns of 43.19 percent hold it in good stead.

However, what does the future hold for the king coin and how are macroeconomic factors going to play out in 2021 for Bitcoin and the crypto-market? During a recent episode of the Blockcrunch podcast, Seth Ginns, Head of Liquid Strategy at CoinFund, elaborated on Bitcoin’s 2020 halving and its efficient market hypothesis and what this could in turn mean for its price aspirations over the coming year.

“If you have a price target for year end 2020, that is based on Bitcoin’s new supply issuance cut in half, the key question for what price Bitcoin should trade at the beginning of the year [2021] is what’s your discount rate and I think what happens with Bitcoin is the discount rate is really high.”

Discount rates are the rates at which you discount future cash flows or utility value back to its present value, a concept that has been important when it comes to understanding how important a digital asset is and what its future prospects are. Ginns noted that when it comes to Bitcoin, the discount rate is quite high at almost a hundred percent. He added,

“I think there are ways to look at Bitcoin, and see the halvening as being a catalyst, while still seeing that as being fairly consistent with the efficient market hypothesis.” 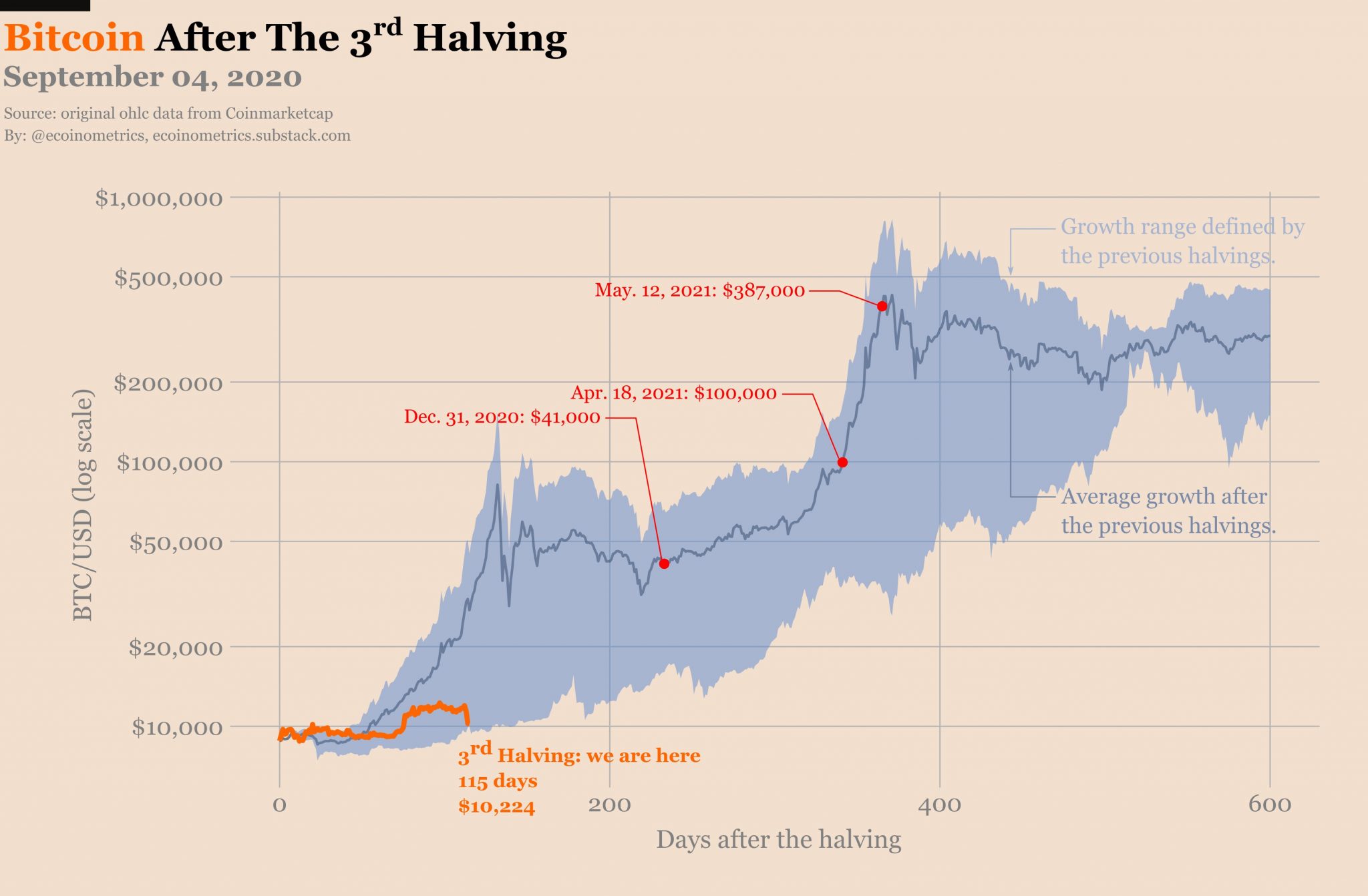 Interestingly, a recent report by Ecoinometrics had elaborated on a similar sentiment for Bitcoin in the long run. In light of the supply crunch, Bitcoin’s growth trajectory, according to many, is quite promising, with recent dips in price acting as a buying opportunity for many investors.

Finally, given the fact that growing uncertainty in the market has not troubled Bitcoin as much as other traditional financial assets, Ginn concluded that the future is likely to be quite promising for Bitcoin and the crypto-assets market.

“I think my bet would be, you’re actually going to see it a lot more in crypto than you see it in equities because of the global open-source nature of  what we’re doing here.”