The practice of moving large amounts of Bitcoins, pumping, and dumping assets at will, are perks accorded only to the biggest of players in the industry. Their arrival, often captured by whale bots, is accompanied by massive inflow and outflow of Bitcoins, worth millions and billions of dollars. These big dogs; Bitcoin whales have already moved at least $5 billion worth of Bitcoin this year alone. The destination? New wallet addresses. Their identities? Often anonymous.

However, the CEO of Binance, who happens to be one of the biggest Bitcoin whales has disclosed what could be a hint to measuring how much Bitcoin he personally owns. With a net worth of $1.9 billion, which can mostly be credited to Binance, the Cryptocurrency exchange he founded in July of 2017, CZ is one of the few Crypto-exchange founders whose wealth can largely be credited to the booming industry of digital currencies.

Asides from the profits coming in from Binance, a decent amount of CZ’s wealth also comes from his Bitcoin Holdings. CZ who first bought Bitcoin at an average price of $600 revealed that he has never sold his Bitcoin holdings ever since then.

“I bought bitcoin in 2014, at an average price of $600.” He said. Adding that he “went through many “corrections”. Never sold. Doing fine so far. Not financial advice.”

Asserting that long-term holding is more profitable than temporary trading, he added that “It did go down to about $200 shortly after I bought, and stayed there for about 2 years. Look at the long term, zoom TF out.” 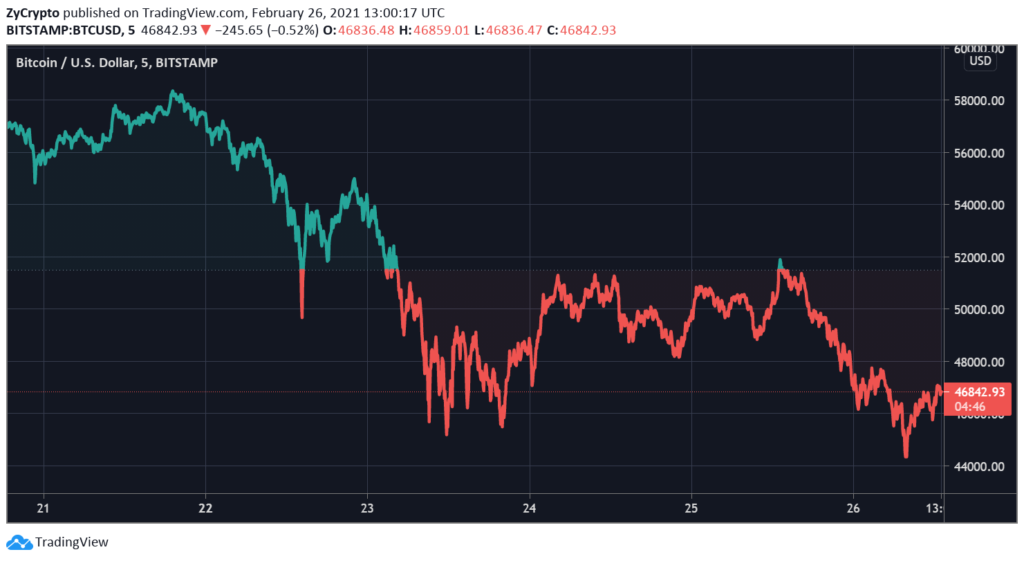 What is the minimum amount of Bitcoin owned by the CEO?

From an analytic standpoint, it is possible that CZ may have purchased a chunk load of BTC, this is according to speculations from members of the crypto-community, which may actually be valid since the amount required to buy a single Bitcoin was less than ten times of what is needed to buy Bitcoin today.

Although CZ said he’s never sold his Bitcoins, he didn’t reveal whether or not he bought more. However, with the CEO being a Bitcoiner, the latter could most likely be the case. At the current market rate, CZ’s Bitcoin holding from the above speculations could be worth hundreds of millions of dollars. It could still be argued that this is nothing close to the maximum amount that the billionaire holds.