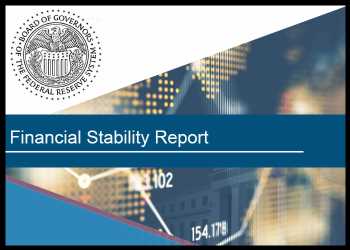 The Federal Reserve on Monday released the latest edition of the Financial Stability report aimed at assessing the U.S. financial system and at evaluating how its vulnerabilities and strengths have evolved over the past six months.

Insofar as funding risks are concerned, the report says the rapidly growing stablecoin sector remained vulnerable to runs. The report notes the growth in the stablecoin market to $180 billion and its highly concentrated nature, where the top-three stablecoin issuers viz Tether, USD Coin and Binance USD constitute more than 80 percent of the total market value.

The Federal Reserve’s concerns on stablecoins come at a time when the cryptocurrency markets have witnessed extreme price pressures amidst lingering fears of a tighter monetary policy framework. Stablecoins’ ability to retain its peg to the fiat currencies too is a big concern for market watchers amidst the extreme volatility.

The Federal Reserve Board’s framework has identified asset valuations, borrowing by businesses and households, leverage in the financial sector and funding risks, as the four key areas for monitoring vulnerabilities to the financial system.

Stablecoins, the report states, typically aim to be convertible, at par, to dollars but are backed by assets that may lose value or become illiquid during stress and hence face redemption risks. The report goes on to elaborate that these vulnerabilities could be exacerbated by a lack of transparency regarding the riskiness and liquidity of assets backing stablecoins. The increasing use of stablecoins to meet margin requirements for levered trading in other cryptocurrencies is also feared to amplify the volatility in stablecoins and heighten redemption risks.

Incidentally, the report states that “cryptocurrencies or stablecoins” that ranked highly in the fall 2021 edition of Survey of Salient Risks to Financial Stability, declined in prominence in the spring 2022 survey. Less than 20 percent of the respondents have now cited cryptocurrencies or stablecoins as a high potential risk, versus close to 30 percent in the previous survey.

The President’s Working Group on Financial Markets, the Federal Deposit Insurance Corporation, and the Office of the Comptroller of the Currency have made recommendations to address prudential risks posed by stablecoins, the report says.