Cryptos Edgy As Peace In Europe Spotlights War Against Prices 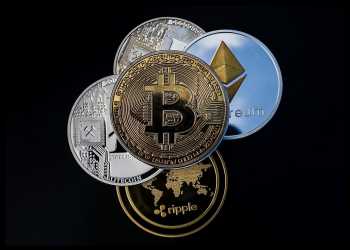 Cryptocurrencies wavered, but stayed close to the $2 trillion mark as likely peace in eastern Europe pushes the war against price rise to the centerstage of global market sentiment again.

The spurt in producer prices in the U.S to a multi-month high of 1 percent implying persistent price pressures driven by strong demand, labor and material shortages, etc. have heightened the anxiety surrounding the release of FOMC’s previous meeting minutes, expected later in the day.

Aggregate crypto market capitalization is at $1.97 trillion, as market volumes record $70.2 billion in the past 24 hours.

Terra (LUNA) has dropped less than a percent whereas Polkadot (DOT) has shed more than 3 percent.

Avalanche (AVAX) has however gained more than 4 percent.

Reports from Russia indicate that Bank of Russia has begun trials on a Digital Ruble project. This comes amidst reports that Bank of Russia has rejected the Finance Ministry’s proposal of cryptocurrency regulation. Meanwhile, Russia’s Ministry of Economic Development is pushing to legalize bitcoin mining in areas where energy is abundant.

At the same time Belarus has continued its crypto-friendly stance with the President signing a decree to formally endorse the free flow of cryptocurrencies such as Bitcoin. The decree also gave the Belarusian cryptocurrency regulator Hi-Tech Park, a legal basis to keep a track of virtual wallet addresses used in unlawful operations.

The report places on record that crypto-assets markets are fast evolving and could reach a point where they represent a threat to global financial stability due to their scale, structural vulnerabilities and increasing interconnectedness with the traditional financial system. The rapid evolution and international nature of these markets, the report states, could raise the potential for regulatory gaps, fragmentation or arbitrage.

The report cites increased crypto exposure by banks and institutional investors accelerated adoption of crypto assets for payments, risks associated with crypto trading platforms, loss of confidence in stablecoins, challenges from the DeFi sector, differing regulatory approaches between various jurisdictions and data gaps impeding risk assessment as potential areas of vigilance. The systemic risks from losses in crypto assets amplified by leverage, liquidity mismatches, and interconnection with the traditional financial system are also highlighted as areas of concern.

As the FSB report rightly states, it is indeed time to ready the response to the global risks posed by crypto currencies. A global approach to regulation is the need of the hour, given the cross-border nature of cryptocurrencies.