$BTC: Five Reasons Why Bitcoin Could Be a Better Store of Value Than Gold 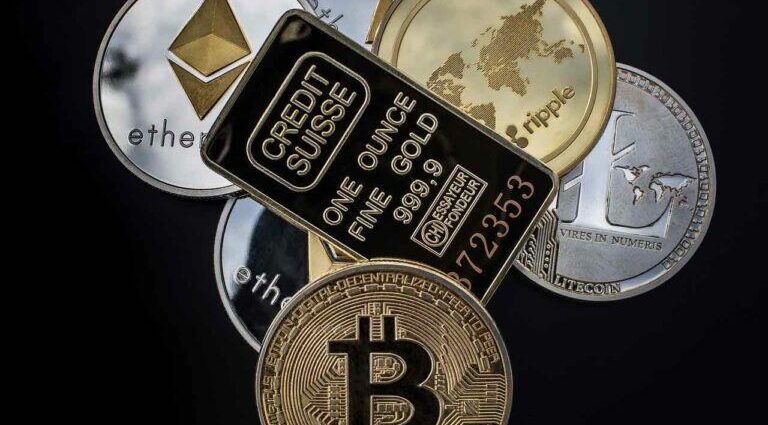 In recent years, Bitcoin has emerged as a popular alternative to traditional assets such as gold, with many proponents arguing that it is a superior store of value.

Here are five reasons why Bitcoin may be a better store of value asset than gold:

On 21 November 2018, Lou Kerner, the founding partner of crypto venture capital firm CryptoOracle, called Bitcoin the “greatest store of value ever created,” and said that “it should surpass gold over time.”

Kerner, who has an MBA from the Stanford Graduate School of Business and used to work as an equity analyst for Goldman Sachs & Merrill Lynch, has been in the crypto space since 2013. Then, in December 2017, he and James Haft co-founded CryptoOracle.

Kerner made his comments while being interviewed on CNBC show “Worldwide Exchange” by anchor Brian Sullivan.

Kerner, who is a firm believer in the store of value use case for Bitcoin, started by explaining that crypto has been so weak because “for most of it, there’s no underlying value outside of confidence.”

As for Bitcoin, he said:

Around two years ago, Michael J. Saylor, Co-Founder of Nasdaq-listed business intelligence company MicroStrategy Inc., explained — during an interview with Stansberry Research — why MicroStrategy had chosen to invest in Bitcoin instead of gold.

“I considered gold, and then I started studying the two, and then I realized that gold miners are going to produce about 2% more gold every year… Let’s just say in the best of the world for a 100 years we produce 2% more gold, that means $100 million will be debased down to $12.5 million in 100 years. On the other hand, Bitcoin is exponentially going to infinity stock to flow. There’s never going to be more than 21 million Bitcoin.

“So you’re really talking about, at most, diluting $100 million of Bitcoin by 10 million over the hundred years. Given the fact that Bitcoin is an infinitely hard asset, whereas gold can be produced by human beings given enough incentive, I realized that over the long term, Bitcoin is the harder asset than gold.”

He pointed out that Bitcoin is unlike other commodities in that when its price goes up, its not possible for miners to respond by increasing supply:

“If you double the price of gold, you’re going to double the incentive of miners to produce gold, and if gold goes up by a factor of 10, human beings have a way of putting capital into mining and ingenuity and they’ll invent better ways to mine it, and at some point they’ll melt down their jewellery, or they’ll find other gold. On the other hand, if Bitcoin goes up by a factor of 10, no amount of investment in Bitcoin mining can produce more Bitcoin.”

Here is Saylor talking about how digital gold is better than physical gold:

“Bitcoin is digital gold and that means it’s faster. I can move it a thousand places in a couple of seconds. It’s stronger. I can pledge a hundred million dollars for three hours in Japan on a Saturday afternoon… It’s smarter. I can write a computer program that will slice in a million pieces and do complicated things with it…

“It’s only going to get better every year forever because it’s software and what that means is people that are attracted to Apple and Amazon and Google and Facebook, because they’re smarter, faster, stronger networks, they’re going to be attracted to Bitcoin.”

In a recent interview, billionaire investor and entrepreneur Mark Cuban shared his thoughts on Bitcoin and gold.

Cuban is the majority owner of the professional basketball team Dallas Mavericks, as well as one of the “sharks” on the highly popular reality show “Shark Tank” (which is aired on the ABC television network).

Cuban’s comments were made during an interview on the “Club Random with Bill Maher” podcast.

According to a report by Decrypt, Cuban still seems bullish on Bitcoin:

“I want Bitcoin to go down a lot further so I can buy some more.“

As for why he thinks Bitcoin is a better store-of-value asset than gold, Cuban said:

“Gold is a store of value and so is Bitcoin… If everything went to hell in a hand basket and you had a gold bar you know what would happen? Someone would beat the f*** out of you or kill you and take your gold bar. It’s useless.“