The role of a CIO (chief information officer) in the corporate world has evolved over time, keeping pace with the rate of innovation characteristic in technology and business. From the position’s original mandate to steward the IT department and ensure a company’s systems ran smoothly, today’s CIOs are expected to not simply enact IT platforms, but to understand and create new business models that employ existing technology and external solutions for unique tasks.

As technology moves away from the monolithic model and into a mix-and-match paradigm, APIs have become a key component for success. APIs (application program interfaces) are sub-functions, or small applications, that allow developers to use different tools in a single solution by enhancing communication between different components. In essence, APIs act as communicators between two pieces of software, enabling both to work as if they were a single program.

APIs have become increasingly popular tools, with companies like Facebook, Amazon, SalesForce, and more launching their own APIs which allow companies to access some of their services without having to fully migrate into their ecosystem. This new paradigm has led to the rise of what some experts call the “API economy,” a model that enhances a company’s bottom line by improving interoperability and thus creating new systems from existing ones.

Much in the same way businesses today are building new platforms not from single sources but from a variety of applications, blockchain technology offers a more democratic and efficient way to construct new solutions.

Blockchain is founded upon the idea of democratization and decentralization, two notions that are inherently built into API development paradigms. Like APIs were the catalyst for a technological revolution, the technology that supports cryptocurrencies like bitcoin has shown vast potential to lead a new wave of innovative development. (See also: What is Blockchain Technology?)

The concept of APIs was borne out of the necessity evolving technology brought about. Whereas legacy systems were dependent on a single monolithic application that handled every aspect of an operation, APIs offered developers the ability to simply plug in existing solutions from other systems to gain functionality without sacrificing efficiency. Moreover, they presented companies the ability to integrate tools with proven track records for key functionality all whilst shaping a more decentralized environment for innovation.

The API economy came about as companies understood that more than simply developers’ tools, APIs delivered a way to expedite business processes, use existing technology to produce novel platforms, and establish a more connected and interoperable environment for applications. In an increasingly cloud-based world, APIs offer an easy way to connect services and create solutions that can employ the best of what’s readily available. For many companies, this model is highly attractive, as it allows them to deploy existing technology, but also increase their footprint and revenues—as companies such as Facebook, SalesForce, and others have already done.

One excellent early example of both the rise and stagnation of the current API economy is LinkedIn. Initially, the company opened several APIs that let developers use LinkedIn tools in a variety of ways. The program was highly successful and allowed users to share large portions of information from their accounts within other services.

However, after it became too popular, the company announced a decision to shutter most of its APIs, or heavily restrict them to paying members, killing off what was a vibrant developer ecosystem using the company’s tools. LinkedIn’s reaction highlights a problematic dichotomy in the industry.

APIs are built to remove centralization. They’re designed to create interconnected systems that share data quickly and support a more efficient ecosystem governed only by what’s possible, and not what’s allowed. The other major trend in the tech world, and one LinkedIn displayed when closing off their API library, was the fear embodied by major companies surrounding losing their grip as gatekeepers of the world’s data. LinkedIn was unhappy API users had the ability—given by itself—to simply move data they could use for monetization from the company’s services.

Blockchain has been hailed as a revolutionary technology in many industries, but one of its most valuable functions is as a democratizing tool for development. The technology removes the idea that data can be controlled by a few central nodes in a network.

Due to its decentralized and open ledger, every user on the network has access to all data and can use it how they see fit. Closely related to this concept, and one central to a true API economy is the matter of trust. 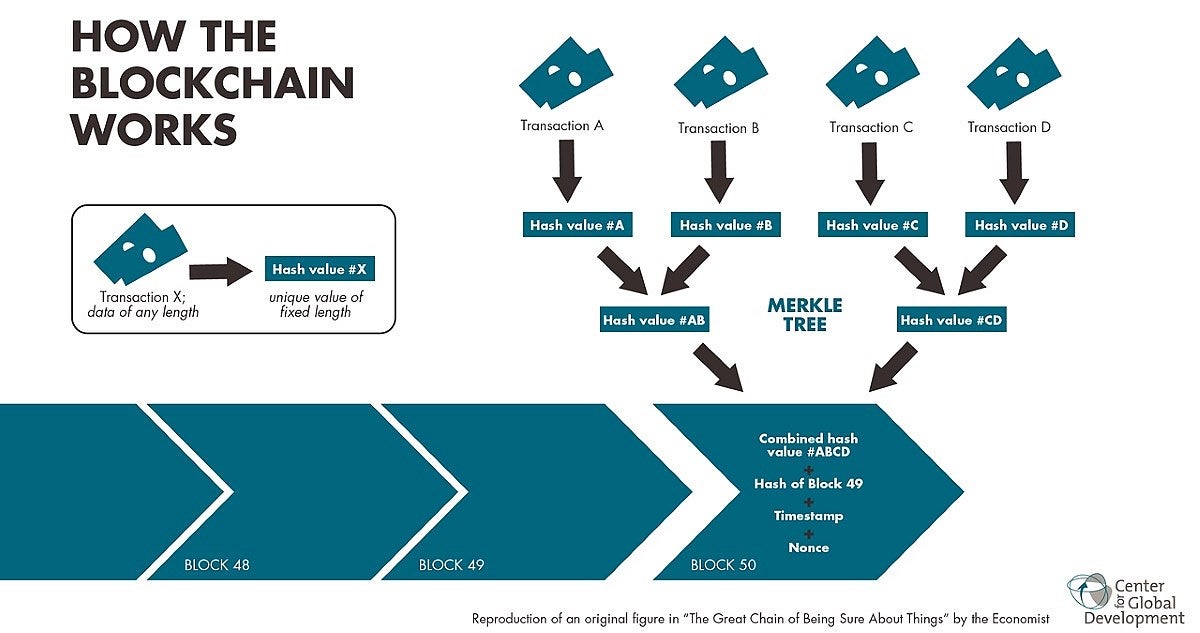 In the current model, APIs collect data about users that is owned by the company whose API is being used. For instance, Google Maps still gets to keep the information collected by other apps that use their API and has the sole rights to monetize it. Using blockchain, this would not be possible, as all information isn’t stored centrally, but rather distributed simultaneously to every node’s ledger, creating a fully trust-capable network dynamic.

Blockchain’s built-in trust mechanism and its informational advantages mean that APIs can work optimally, and indeed many blockchain projects are built almost entirely using APIs. Request Network, for instance, is built using Civic, Aragon, Kyber.Network, and other tools. Similarly, there are innovative solutions that permit companies to freely move information around and retain control of it, instead of leaving it to gatekeepers.

Dock.io, for example, allows users to connect to major centralized sources such as LinkedIn, Upwork, and other similar sites and control the information displayed on them. It also empowers individuals to take their information with them and migrate to different platforms if necessary. This ability to move data is vital for the new API economy, where informational flows are not restricted or limited by a single entity. As long as users can control their information, the company’s tools can be integrated into any platform to create a professional knowledge exchange.

Similarly, blockchain startup Wibson enables users to control their information and decide how it should be monetized. In the current API economy, control over user data remains firmly in the hands of gatekeepers. However, tools like Wibson, which lets users sell validated data to media sources without sacrificing their privacy, offer a different model for APIs, allowing platforms to collect user data without running into ethical dilemmas about control and infringing on privacy.

“The first wave of the API economy provided consumers increased convenience by facilitating seamless movement of data between different systems and environments. The less understood impact was that the most powerful technology players took advantage of data movement to extend their power into sites and services across the Internet.

In this next phase of the API economy, projects like Wibson, will take advantage of this same API infrastructure to give individuals a way to take back control of their personal data by moving it directly between themselves and data buyers.”

The API economy is not going anywhere. Currently, there are over 17,000 APIs available for use (as reported by ProgrammableWeb), though most of them have not integrated blockchain. Even so, the market has seen larger players either close their access or use APIs as a means to expand their data mining and monetization efforts.

Despite the model’s popularity, though, this continued centralization of power and control resting in the hands of a few large corporations means they effectively control innovation. (See also: Top Blockchain Startups to Watch in 2018.)

Blockchain can help resolve these issues by adding trust, self-control, and the ability to employ democratic approaches towards developing new applications. The more open protocol lets developers take part in the API economy without sacrificing their privacy while retaining the ability to maximize their profits by keeping the data they use and produce.

Investing in cryptocurrencies and Initial Coin Offerings (“ICOs”) is highly risky and speculative, and this article is not a recommendation by Investopedia or the writer to invest in cryptocurrencies or ICOs. Since each individual’s situation is unique, a qualified professional should always be consulted before making any financial decisions. Investopedia makes no representations or warranties as to the accuracy or timeliness of the information contained herein. As of the date this article was written, the author owns cryptocurrencies.