Bitcoin was able to pare a significant portion of the losses it incurred last week due to a strengthening dollar sentiment. And now, the benchmark cryptocurrency is looking to continue its upside momentum based on a favorable fundamental outlook in the new week.

BTC/USD was up 1.05 percent to $10,891 during the early morning trading session on Monday. Its latest uptick appeared as buyers tried to slow down in the US dollar market. A trade through 94.74–the US dollar index’s (DXY) local top–seemed unlikely as traders assessed the resumption of coronavirus stimulus package talks this week. 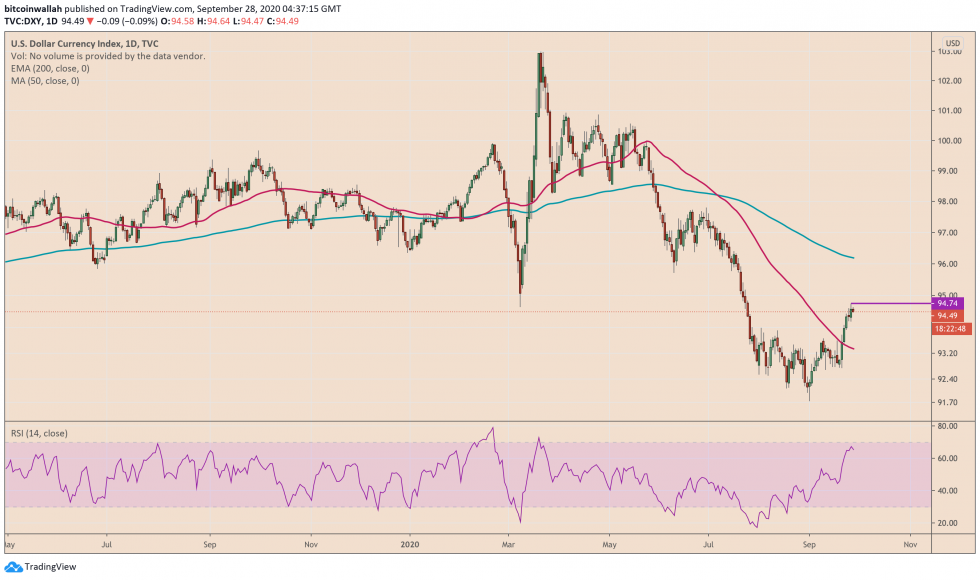 US Treasury Secretary Steven Mnuchin and House Speaker Nancy Pelosi indicated that they will resume negotiations over the long-delayed aid. The package, which may scale up to $2.4 trillion, will benefit millions of American households and individuals who qualify.

“I am hoping for a deal,” Pelosi told CNN on Sunday. “I’d rather have a deal to put money in people’s pockets than to have a rhetorical argument.”

“I’ve probably spoken to Speaker Pelosi 15 or 20 times in the last few days … and we’ve agreed to continue to have discussions about the CARES Act,” Mnuchin said Thursday.

The next expects to be ready for a vote on October 2 – this Friday.

Bitcoin reacted positively to the series of events. The cryptocurrency jumped 4.93 percent–from $10,237 to $10,795–on Thursday. It continued correcting higher after Mnuchin’s comments, with Pelosi’s comments on Sunday further fueling the bullish sentiment for the new week.

The upside moves took place because of a popular narrative.

Bitcoin bulls believe that a humongous supply of the US dollar, coupled with ultralow interest rates, increases the appeal of safe-haven assets in the long-term. The belief was overly visible after the March 2020 crash, wherein BTC/USD rose by more than 200 percent against the US Congress’s first stimulus package. 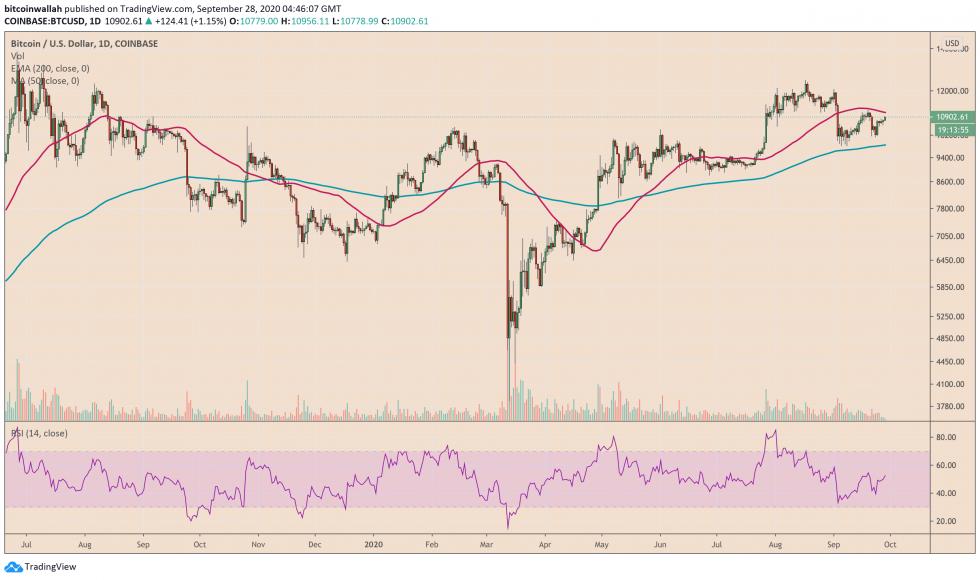 “The DXY is always going to have a relationship with BTC, as it does in any currency pair,” said Cantering Clark, an independent market analyst. “It’s the Denominator, or “Counter currency”. Bitcoin is the “Base currency.” If you are long BTC, you are essentially short the dollar.”

BTC/USD appeared to have been bouncing off a short-term support level. It has served as the lower trendline of a consolidation channel–a Symmetrical Triangle–as shown in the chart below. 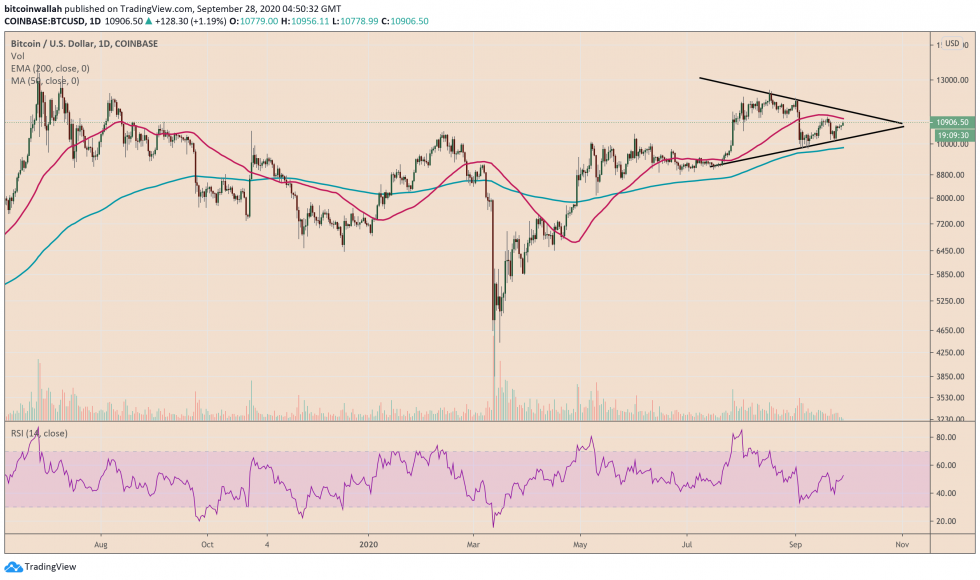 The supportive fundamentals until Friday could help Bitcoin moving towards the upper trendline. That would mean a clear break above the 50-day moving average, followed by a close towards $11,500. In the event of a passed stimulus bill, the rally may continue further higher into the weekend to top near $12,000.

Nevertheless, a failed bill would risk negating Bitcoin’s gains, leading it back towards the lower trendline. Thereon, the cryptocurrency may move further lower towards the 200-day moving average at below $9,000.