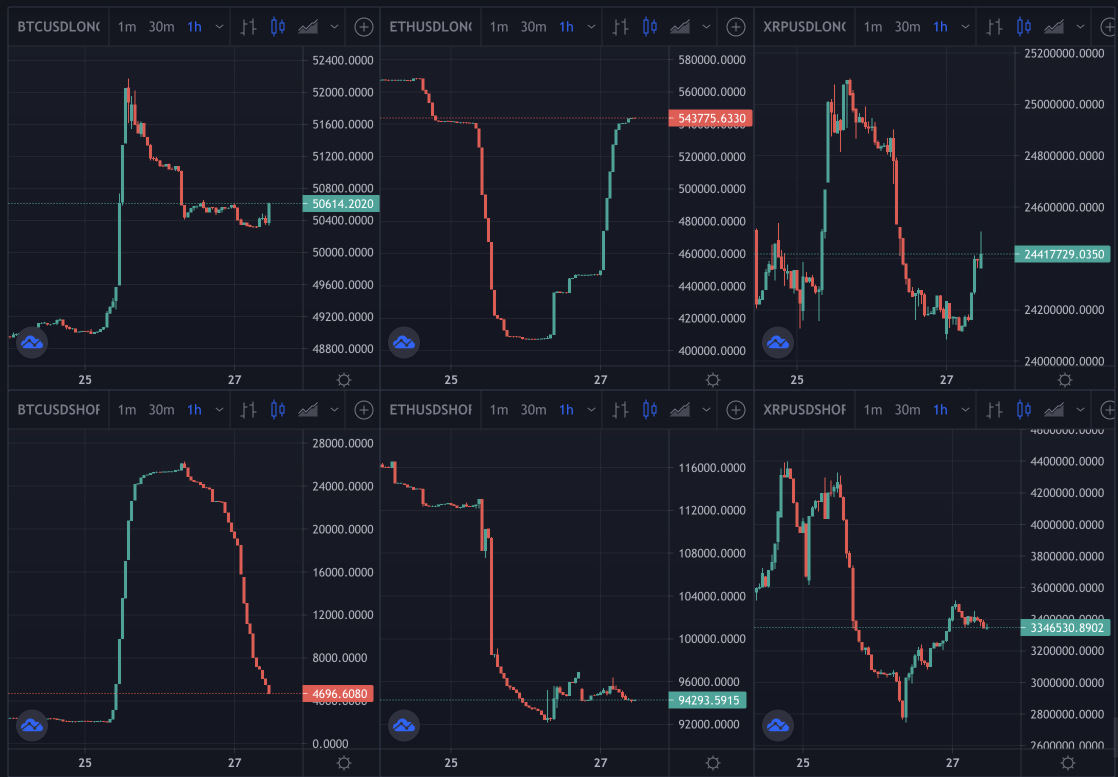 He linked to an address which might be Bitfinex’s hot wallet showing considerable withdrawals of significant sums.

The finex whale/s has closed about 15,000 in bitcoin shorts, worth about half a billion dollars, down from 25,000 btc to currently 4,500 as can be seen above in the featured image.

They opened at about $34,000 on the 25th and closed it over night time UTC on the 27th, making them quite a bit of money based on a price difference of on average about $2,000 in their favor.

“Finex whales reducing shorts push Market Makers to buy bitcoin on cheaper exchanges (using tether because other pairs have basically no liquidity Smiling face with smiling eyes) and sell it on Finex (where price is higher due to the short closing),” Ardoino said.

There’s currently a price premium of about $100 for bitcoin on Bitfinex over Coinbase, so we can be reasonably sure that the shorts were real.

They coincided with the Friday futures expiry, as did a Musk tweet about bitcoin, with a new month now beginning where derivatives are concerned.

Asset managers have now began turning a bit bullish, with a billionaire calling fiat a fraud, so bulls may have room for a little bit of confidence, but in the immediate term the market is more in a wondering mood regarding whether this now heads for another test of $40,000 or something else.

Lates News:
2021-06-27
Previous Post: IBBI 'inadvertently' puts out Aadhaar, PAN info of creditors on website; removes them later
Next Post: 'They kick us, they beat us': Journalist on torture inside prison