Mike McGlone, Senior Commodity Strategist at Bloomberg Intelligence thinks Bitcoin is headed on a bull run towards $13K. But possibly, more importantly, he mentioned the declining volatility of the digital asset and referenced the maturation of BTC.

For years, a popular critique of Bitcoin and the cryptocurrency sector, in general, has been its wild price moves and volatile nature. But the Bitcoin community has been strongly responsive of late to these charges of volatility. Many simply point to the traditional financial industry over the past 5 or 6 months to illustrate that the “reliable” assets have been all over the map.

OKEx CEO Jay Hao agrees that Bitcoin is closer to a digital version of gold than it is to be a wildly swinging purely speculative asset.

“Bitcoin has shown tremendous price resilience since the events of March….This is all setting the stage perfectly for crypto adoption from retail investors who want to get a return on their money and institutions who understand Bitcoin’s qualities as a hedging tool.”

Furthermore, a paper recently published by Stanford Graduate School of Business states that Bitcoin could be the best hedge against the “too big to fail” theory that leads to giant corporate bailouts in times of economic distress.

When economic distress occurs around the world, people become desperate for an asset to act as a stable store of value. Bitcoin was conceptualized as just this in the wake of the 2008 financial crisis. Now Bitcoin could be getting its first crack at doing what it’s mysterious creator Satoshi Nakamoto intended it to do.

McGlone’s call for an imminent $13k BTC comes as a surprise to many in the community who have been echoing bearish sentiments. When speaking of short term price action, lately the community has been cautioning of some turbulence. 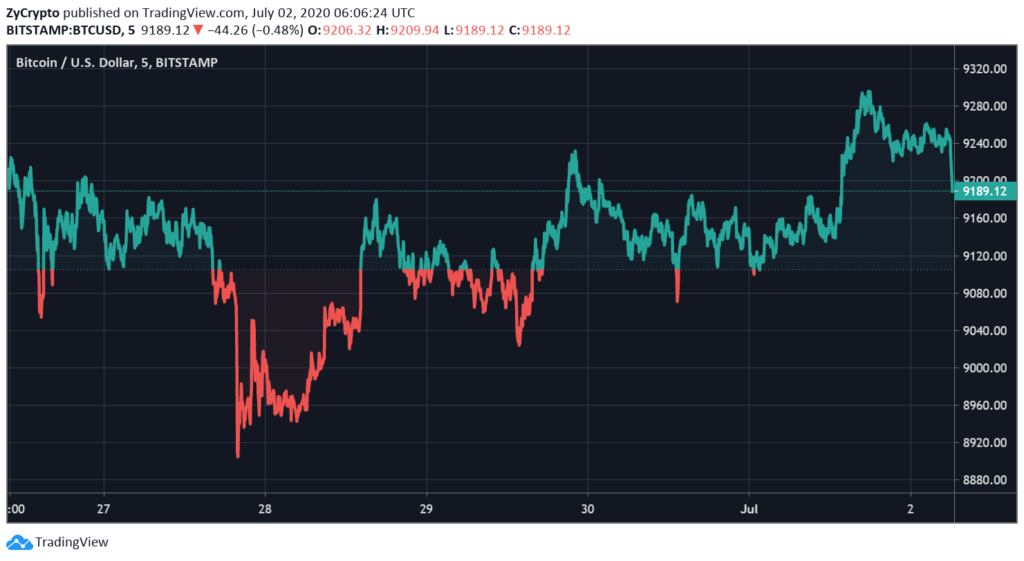 It’s been a popular talking point in recent days that BTC would be heading towards $8,000 USD in the short term before continuing its upward progress. Still, most are optimistic that the “post halving” bull run will show up right on schedule. With all of these new and useful applications and new onboarding ramps like PayPal, a bullish price run would make lots of sense.