New data from CryptoQuant has shown that the Bitcoin market might have hit a neutral position. There has been a recurring pattern of whale and retail selling taking place for the past months. The result of this is what the CEO of CryptoQuant, Ki-Young Ju interprets to be a sideways market movement. 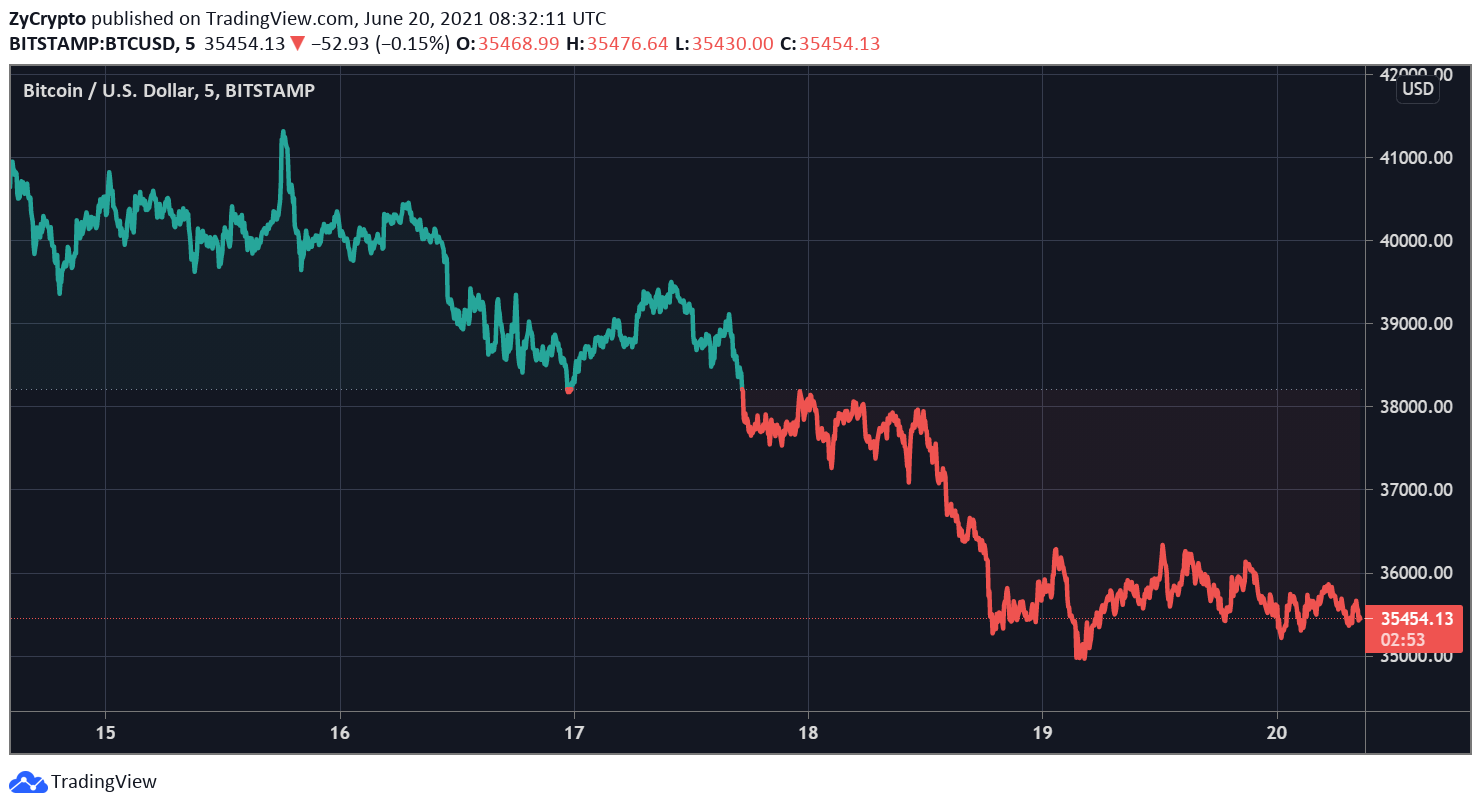 He reckons that the market is in one of its most unstable states, explaining that a bull market and a bear market are brewing at the same time, hinting that both might just be a market tease in the long term. Proffering a solution that some other price analysts’ had proposed some time ago, Ju had this to say:

Whale selling indicates a bear/fake-bull market, and retail selling implies a bull market. We’re in neutral now. Stop trade, be patient and wait for the next volatility.”

Similarly, data from Glassnode is also recording an uncertain price movement, as profits are piling up as much as losses, this is according to the Spent Output Profit Ratio (SOPR).

After the market-wide capitulation in May, SOPR is currently oscillating between profits and losses, suggesting the market is uncertain on macro direction.” – Glassnode.

Has the bull cycle finally come to an end?

A common question in the crypto ecosystem is whether or not the bull run has come to an end. Crypto trader Lucas Nuzzi tries to answer this question in a Twitter thread, in which he notes that historically, a Bitcoin bull market usually closes with “a bang, not a whimper.” A 50% price correction doesn’t cut it for Bitcoin says the analyst, who is confident that a major price swing will be recorded before the bulls close the curtains.

He noted that the market is still being held up by resilient holders and newcomers too, concluding that there is proof of long-term conviction in the market at present.

Rounding up, he is like many others still confident that the bulls could pull a 360 on the market before bidding farewell.

“Regardless of what happens in the short-term, my confidence in Bitcoin is unhinged. If your goal is to accumulate Bitcoin, it’s important to keep an eye on this cycle”