On June 27, Bitcoin plummeted to $8,800 on most exchanges. Bears cracked $9,000 but only briefly as bulls were able to buy the dip and push Bitcoin above $9,000 again. Two days later and bears are getting no continuation which indicates they are weak or bulls are extraordinarily tough. 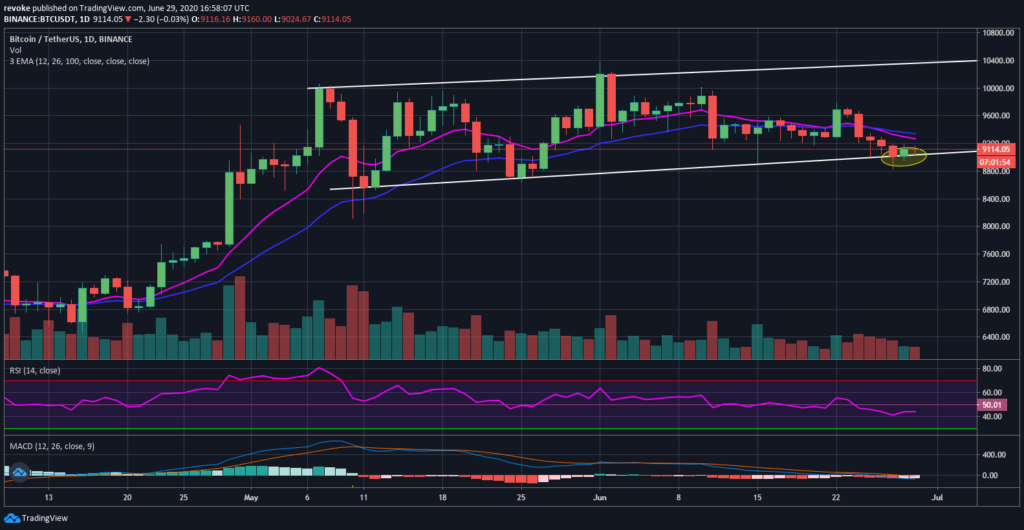 Bitcoin is currently trading at $9,145 inside a daily downtrend and way below both the 12 and 26-EMAs. Additionally, EMAs have crossed bearishly on June 25. Everything seems to be horrible for Bitcoin, but is it?

According to a recent report by Glassnode, the number of Bitcoin on exchanges has dropped to a new 13-month low today. Since March 2020, Bitcoins are fleeing out of exchanges even though the price has recovered. This indicates that investors are willing to hold Bitcoin. It seems that most investors are not interested in trading or selling Bitcoin anymore. 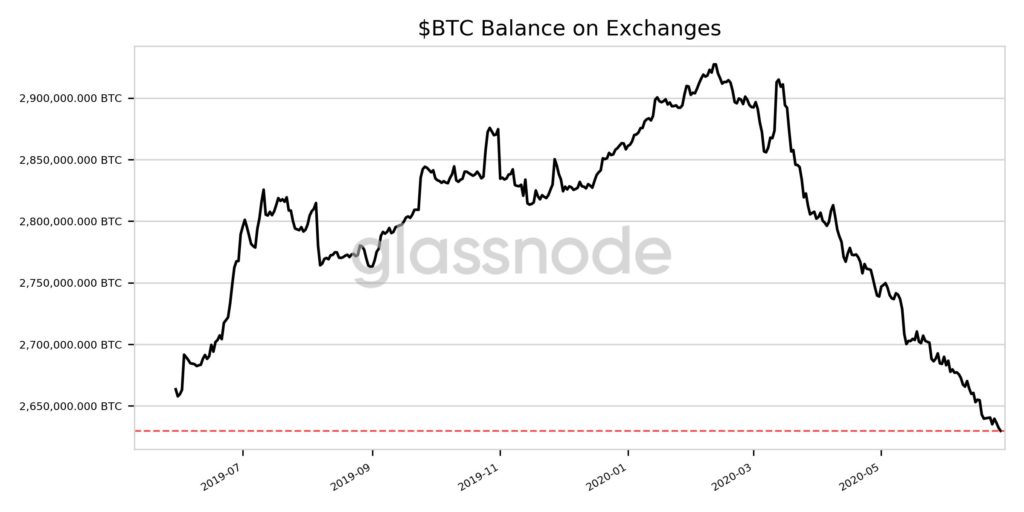 This long-term metric is crucial for Bitcoin and its evolution for the rest of the year. The recent drop below $9,000 also shows a lack of strength for the bears. The $9,000 support level is a critical psychological level.

The fact that it was broken but had no bearish continuation shows bulls are seemingly ready to buy dips.

It’s also important to note that Bitcoin longs are still heavily dominating shorts on most exchanges like Bitfinex or BitMEX. This trend hasn’t changed for the past 3 months.

While these long-term metrics are not enough to spark a bull run, they are really good indicators for Bitcoin’s long-term and its capability of holding on in value. The global stock market has been a big influence on Bitcoin and the entire crypto market. COVID fears are still present and until that changes, Bitcoin can’t really go on to see a huge bull rally.