Bitcoin [BTC]: Whales move approximately $600 million worth of cryptos in under 10 minutes

Bitcoin [BTC] momentary hit its 2019 high yesterday, but crashed by $400 causing widespread liquidation on both longs and shorts. The block 578645 contained a massive Bitcoin transaction worth $500 million moved from two Binance wallets to a group of unknown wallets. 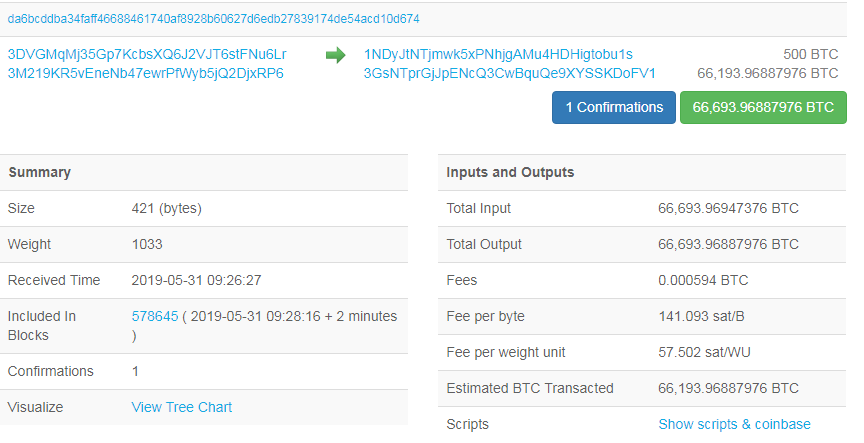 The sender wallets, as identified by Whale_Alert, belong to Binance. The transaction cost 0.000594 BTC and had one confirmation, at press time.

This transaction doesn’t seem to be startling, as there already have been massive and multiple movements of cryptos, especially Bitcoin and USDT moved from various exchanges to wallets.

Binance transaction was followed by a transfer of 1,700 BTC [$14 million] moved from an unknown wallet to Korbit.

This was followed by a transfer of 4,148 BTC [$34 million] from Poloniex to an unknown wallet. 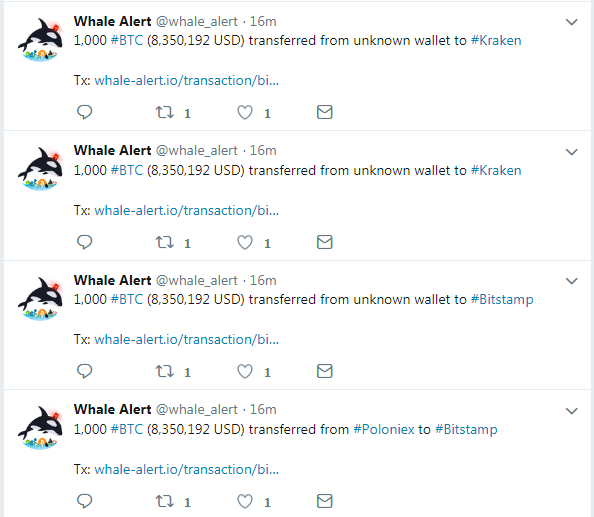 This was followed by a transfer of 5 million USDT from Bitfinex to Huobi.