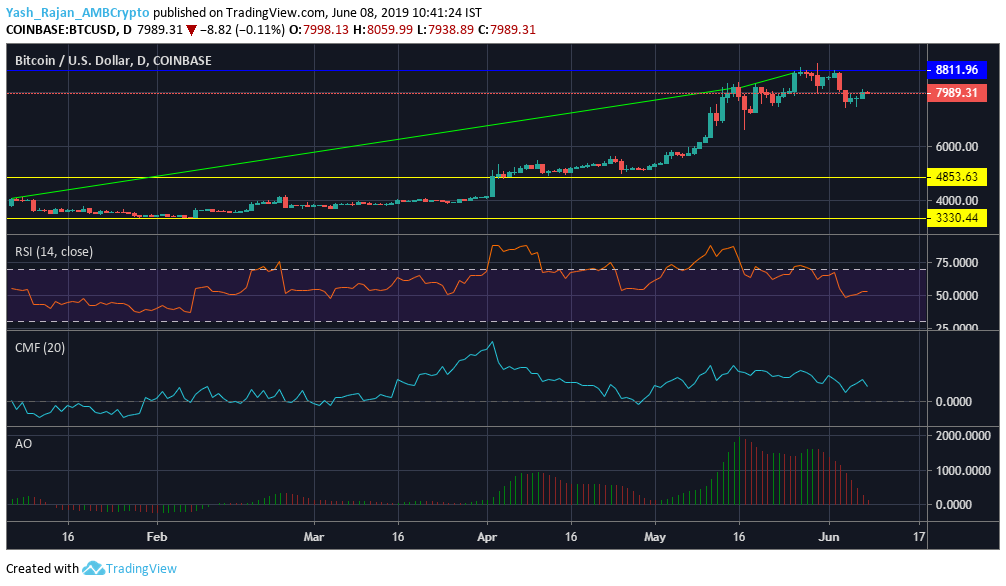 Relative Strength Index revealed that buying pressure was slightly higher in the market as the indicator line stood at 53.13.

Chaikin Money Flow indicator showed that money flowing into the market was significantly higher than money flowing out as the indicator line stood at 0.10, just above the zero-line. 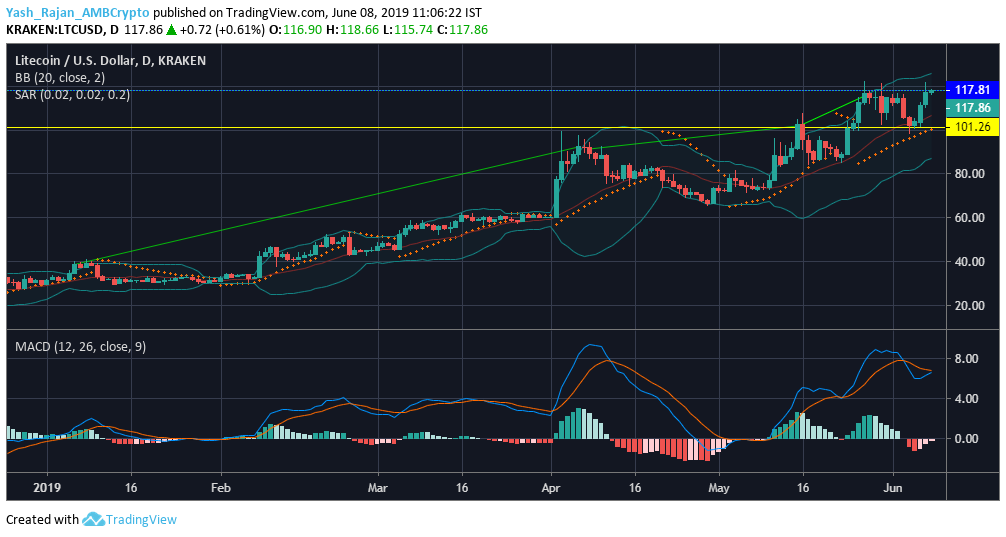 Bollinger Bands were diverged pointing towards a bullish market trend.

Parabolic SAR exhibited a bullish trend as the markers were placed below the candles.

BTC gained momentum and pointed to a bullish trend by crossing the $8,000 mark. LTC was on a bullish ride but faced opposition from bears.

Lates News:
2019-06-08
Previous Post: On Politics: The Biggest Stories of the Week
Next Post: The Queen ‘left Princess Diana in tears’ with blunt comment during meeting