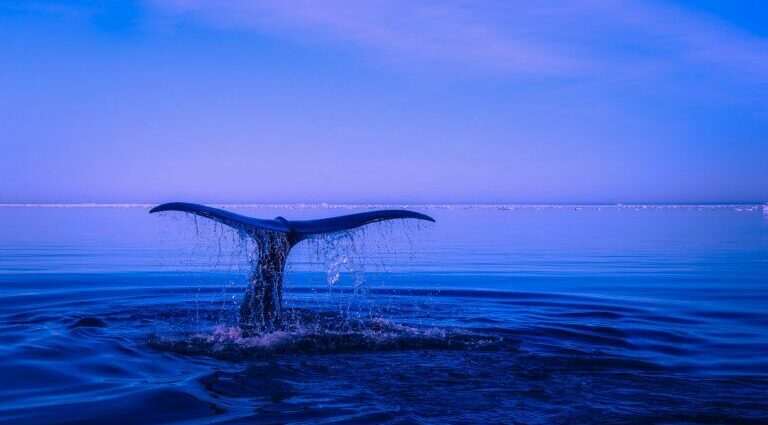 The top 5,000 whales on the Ethereum ($ETH) blockchain are betting on a number of altcoins aside from ETH itself as the cryptocurrency market rebounds, with their largest non-stablecoin position being in the meme-inspired cryptocurrency Shiba Inu ($SHIB).

According to data from whale monitoring service WhaleStats, the largest 5,000 whales on the Ethereum network have on average $229 million worth of ETH, and $4.5 million worth of the popular stablecoin USDC in their wallets.

Right after USDC, their largest holding is SHIB, with an average of $4.3 million worth of it, followed by the USDT stablecoin. Other tokens whales are betting on include Bitpanda’s ecosystem token $BEST, Chhainlink’s $LINK, Decentraland’s $MANA, and the native cryptocurrency of the popular cryptocurrency exchange FTX, $FTT.

Other large Ethereum whale positions include $MXC and SwissBorg’s $CHSB. Whales have increased their bets on the meme-inspired cryptocurrency SHIB and in exchange tokens at a time in which the cryptocurrency market appears to be rebounding.

The sell-off saw the total market capitalization of all cryptoassets drop below the $1 trillion mark for the first time since early 2021. The market crash is believed to be a result of wider macroeconomic factors, which include soaring inflation throughout the world and the ongoing Russian invasion of Ukraine, coupled with crypto lender Celsius Network freezing withdrawals from its platform citing “extreme market conditions.”

Shiba Inu itself has seen its community rally to burn more tokens, seeing lower prices as a “huge opportunity” to reduce the meme-inspired cryptocurrency’s circulating supply. As the community rallied, over 320 million SHIB were burned in a single day according to Shiba Inu burn tracker Shibburn.

The Shiba Inu community has for months been using token burns to reduce the cryptocurrency’s circulating supply, in a bid to help its price rise if demand rises, as there would be less supply available to meet that demand.

Moreover, a key technical indicator, its  Relative Strength Index (RSI) was is suggesting that the cryptocurrency was oversold after the sell-off. Notably, data from Coinbase shows that investors using the platform have a median holding time for Cardano’s $ADA and Shiba Inu superior to most other cryptoassets.

At the time of writing, the typical hold time for SHIB on the Nasdaq-listed cryptocurrency exchange is of 142 days, with trading activity showing 78% of investors are buying and 22% are selling. Per Coinbase, a “long hold time signals an accumulation trend,” while a short hold time “indicates increased movement of tokens.”