The altcoins market has outrun major cryptocurrencies such as Bitcoin and Ethereum in the last few weeks. However, as per researchers at Santiment, an on-chain market analysis company, alternative coins have started to become ‘overinflated.’

When Bitcoin consolidates or encounters an insignificant decline over an extended period, altcoins usually tend to rally. The so-called majors, which comprise both Bitcoin and Ethereum, often tend to move together throughout uptrends and downtrends; therefore, when Bitcoin and ETH begin to stabilize, small to medium market capitalization altcoins start to rise.

In the last few weeks, altcoins such as Augur, Golem, 0x, and OMG registered increases between 40 percent to 120 percent.

“Several mid-range ETH-based #crypto assets had their share of the spotlight today, including GNT (peaking at +95 percent), REP (+56 percent), and ELF (+30 percent). Meanwhile, Ethereum (-8%) itself slumped,” the researchers said.

Record patterns depict that in unexpected times, small to mid-cap altcoins show disbelief rallies. Although it is not clear yet whether the altcoin market is facing a reignited bull cycle or a short-term rally, the experts recommend everyone to be cautious.

“These isolated fireworks were exciting for a small handful of traders, but the major story is that a lot of #altcoin market caps have shrunk sizeably on a red Friday. We ensure caution here, as we’ve noted that so many alts looked overinflated,” they added.

The analysts at Santiment based on various on-chain data points and fundamental factors to suggest that some altcoins appear to be overinflated. For instance, REP, the native token of the prediction market Augur, which is based on Ethereum, registered a 56 percent gain. However, its active addresses, which could somewhat showcase the number of users on Augur, remained relatively stagnant.

On the other hand, both Bitcoin and Ethereum registered some remarkable enhancements across various metrics. Data collected by Blockchain.com says that the number of unique addresses used on the Bitcoin blockchain has gradually increased in the past 180 days, as depicted in the chart below. 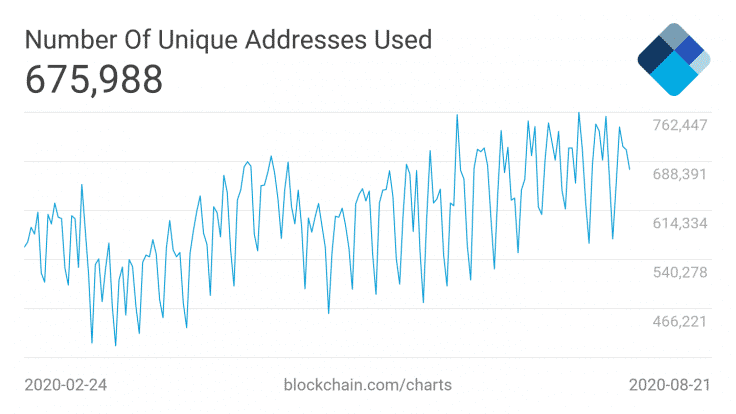 Ethereum, which almost doubled in price since July 20th, recorded a spike in the number of daily transactions in a consistent manner during the last few months, as shown in the chart below. Since the beginning of the year, the total daily transactions on the Ethereum blockchain network grew from approximately 420,000 to more than 1.2 million in August. 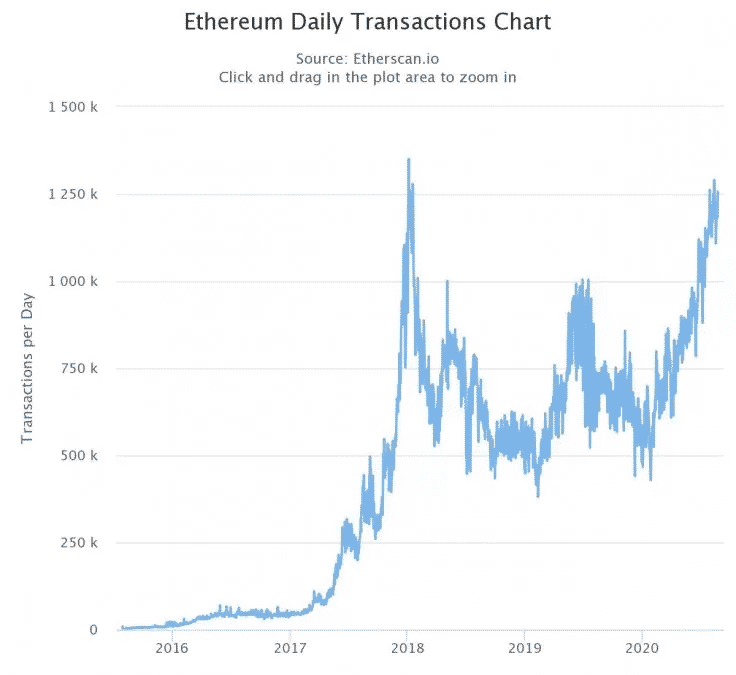 Both Bitcoin and Ethereum​ registered some strong uptrends helped by definite improvements in basic factors and on-chain metrics. There is a chance that small to mid-cap altcoins will keep surging, and fundamental data will keep lagging behind for long periods of time.

On the current on-chain data, researchers tend to become rather cautious.