Despite the violent sell-phase the past weeks that NEM [XEM] has experienced, today it is dashing ahead with more than 10 percent in the green zone for the last 24-hours. The very strong downward movement of the token value against the US Dollar came after the famous Coincheck Hack. 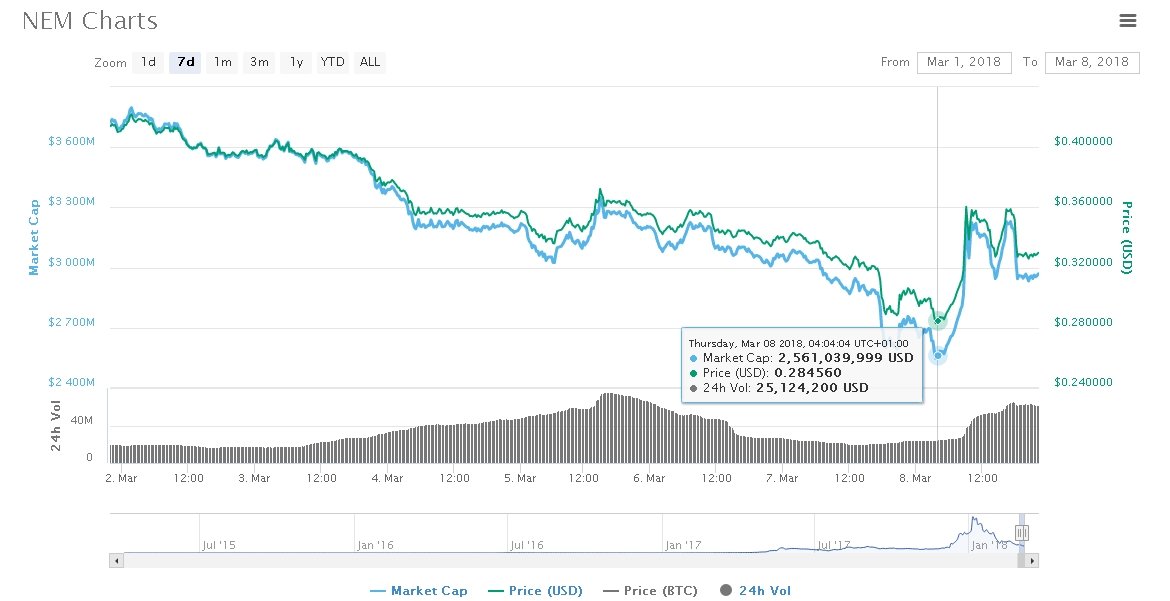 It is very difficult to pin-point down the reasons why the market is moving up or down in various occasions, particularly how the crypto-market is performing these days with many surprising turn-outs. However, a clear reason why the pair XEM/USD was tanked heavily declining was the fear that the hacked platform Coincheck will not refund the traders and investors. Keeping in mind that the coin was in the middle of the hack, it would be obviously understood that its value in the market would be hit very hard.

Another factor playing in the game for the price fall was the fear that the stolen tokens would be dropped into the market, thereby hurting the price even further. But this fear seems to be subsiding. Probably investors have realized that XEM’s relatively high market cap, standing at over $3 billion, is a cushion to its value. Even if the stolen NEM’s were to be dumped into the market, the impact would be negligible. Besides, this possibility has already been factored into the current price.

But, a game changer entered the scene as Coincheck did declare that it will refund the hacked and taken away tokens and the market jumped upwards speedy. Per time of writing, it has been stabilizing around $0.3327 leading the Bitcoin market with over 15.10%. And to not forget, the gained momentum is not just hoisted by the news and announcement made by Coincheck, it is also by the window opportunity given to investors and traders to buy-in and enter as the token was relatively underpriced because of the hack.

Accordingly to the above, this might be a good time to diversify you wallet more and enter and be on the lookout as the market might turn around and prices this low could be history in a couple of weeks.

Trade safely and do not overtrade!