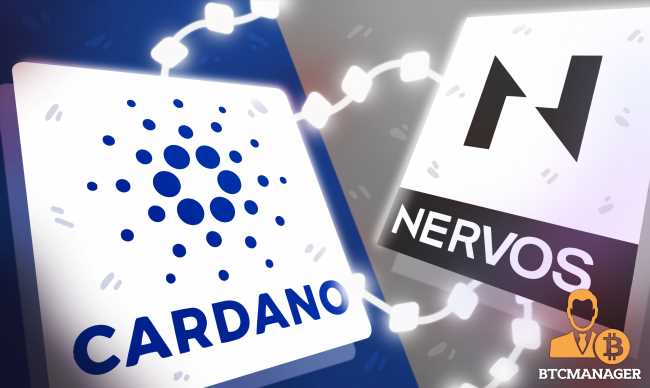 On June 2, 2021, global blockchain engineering company IOHK announced the imminent launch of a cross-chain bridge that will connect Cardano to Nervos, a China-based public blockchain.

The bridge, scheduled to launch in the next six weeks, will enable interoperability across both blockchains, furthering their shared objective of finding the blockchain sector’s “Bluetooth moment.”

The cross-chain bridge, a first for Cardano, marks a watershed moment for the industry as it will link two ecosystems worth billions of dollars. According to IOHK, the launch is significant as it will facilitate users to enjoy a seamless experience when using both networks, regardless of which blockchain they are on.

Furthermore, crypto enthusiasts will be able to interchangeably transact with Cardano and Nervos’ native currencies (ADA and CKB). Participants will also have the capacity to create their own tokens across both blockchains via a technique called token wrapping.

Cardano’s development team has tapped full-service blockchain accelerator Mousebelt to develop the bridge technology with funding from a Nervos grant. On its part, IOHK will contribute to the venture by offering expertise and resources to connect both networks.

Dubbed Force Bridge, the new trustless bridge between Cardano and Nervos will herald the era of seamless cross-chain transactions and provide a faster and cheaper alternative to the Ethereum chain.

The bridge, when completed, is expected to cut down on transaction fees across both platforms and eliminate the need for users to possess different wallets to access features from both ecosystems.

Developers from both chains will now be able to access features and services to expand their dApps and user bases. Furthermore, Nervos dev teams will be able to tap into IOHK’s industry-leading token solutions for Cardano and access DeFi applications built on top of the Plutus smart contract.

IOHK CTO Romain Pellerin reiterated the need for such bridges, noting that it was the only way to ensure that users have a seamless experience.

“Similar to how the Internet was built from the interconnection of extranets, we believe that blockchain will achieve mass adoption by interconnecting public blockchain networks,” Pellerin explained.

The Force Bridge enables participants to create digital assets that enjoy all the operational benefits of ADA, allowing blockchain projects to access Cardano’s industry-leading levels of security and scalability.

Nervos is building solutions that support multi-chain apps by linking with multiple blockchains, including Cardano.

Besides the imminent Force Bridge, the China-based public blockchain has developed various other components in its quest to create an interoperable blockchain ecosystem. For one, the firm has developed PW Core, a pioneering SDK that enables developers to build apps that are accessible on multiple chains.

They have also rolled out Polyjuice, a cross-chain bridge to ETH that lets dev teams seamlessly move smart contracts from the Ethereum chain to Nervos.