Counterparty & the Proof of Burn Mechanism

We are used to thinking about “proof-of-work” and “proof-of-stake” as the optimal method for blockchain consensus mechanisms, but there are other ways that blockchain implementations deal with the confirmation and double spending issues.

Specifically, in this article, we are going to explore how “Proof of Burn” (PoB) is working out for a cryptocurrency called Counterparty (XCP). This altcoin attempts to sublimate the best features into an entirely novel and unique concept, one that provides a necessary extension to the original capabilities.

Counterparty (XCP) provides financial tools for extending Bitcoin’s functionality from a peer-to-peer network into a fully-fledged p2p financial platform. It is completely integrated with the Bitcoin blockchain, hitchhiking on it to confirm transactions for itself. Counterparty enables the exchange and creation of custom tokens and incorporates the execution of their smart contracts with the amazing reliability and security of the Bitcoin blockchain.

To begin, let us explore what this currency is, how it works, and we will work our way towards the “PoB” consensus model. In the end, we are going to conclude whether or not this is a suitable model for new currencies coming to the market.

Counterparty is the original crypto asset creation platform, similar to Ethereum, Waves, and LISK. Counterparty enables users to generate smart contracts and new assets that will use the security of Bitcoin. It piggybacks on the Bitcoin blockchain to achieve consensus and maintain a stable record of transactions. Additionally, it is also a volunteer-run community that thrives on collaboration to succeed. The development team is very active providing a news update for the community every month, to present developments for the platform. There are tons of popular Counterparty assets since the project started way back in 2014. Actually, XCP came out long before ETH, but ERC20 smart contracts completely dominate the market, pushing Counterparty to the sidelines.

With minimal efforts, Ethereum developers can make their assets directly available to the Bitcoin ecosystem. There are fees associated with running the contract, but unlike Ethereum, these fees are not constant values, but rather fractions of the total existing supply of XCP. The reason for this is that no amount of computation will completely deplete the supply of XCP, ensuring that there will always be enough XCP to run smart contracts.

Counterparty has its own completely free, open-source, web-wallet which allows users to even run their own Counterwallet Server node that helps the network. The website is completely encrypted and secured, so your private information is safe. For maximum safety, it is always best to host and run a node, or in the case of the wallet, a server.

The� “Proof of Burn” Concept

XCP is the Counterparty’s custom token which cannot be mined and it was not sold using a traditional ICO. It was created by utilizing a “Proof-of-Burn” method which requires a user to burn a mined “proof-of-work” cryptocurrency such as Bitcoin in exchange for the XCP. You surely know the story of the Phoenix, a mythical bird is immortal, so let us use that concept to explore XCP. The Phoenix generates so much energy when it dies, it gets reborn. Stuck in a perpetual cycle of life and death, the Phoenix would have been able to survive indefinitely (if it was a real being).

The story about the Phoenix is very similar to Counterparty. Born out of the “ashes” from burning 2125.63 Bitcoin by sending them to a verifiably unusable address, yet easily identifiable by the “1Counterparty” prefix. This method was used to generate 2.6 million XCP tokens. This is the “proof-of-burn” consensus method that we came here to talk about. Quite innovative, and it enabled Counterparty to avoid a few legal issues, by staking the Bitcoin to their addresses indefinitely.

How does “Proof-of-Burn” work? 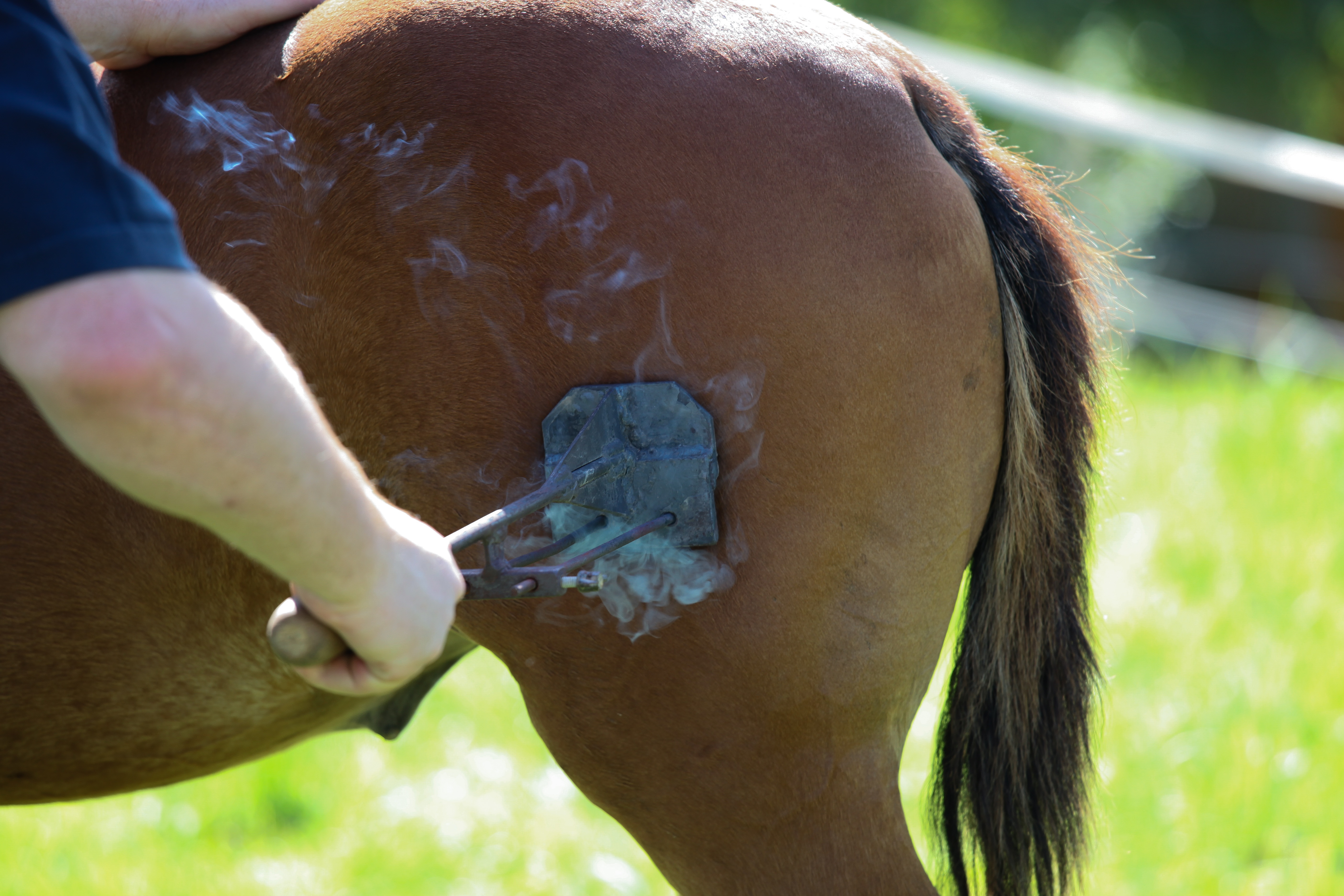 The “Proof of Burn” consensus model (which is both secure and efficient) means that miners, developers, and users can send coins to an unspendable address effectively burning them. Because “Proof of Burn” transactions are recorded on the blockchain, they provide the necessary proof that the coins can no longer be used, and the user can be rewarded with a different currency as a result.

The idea behind “Proof of Burn” is that by burning a cryptocurrency, a user is demonstrating a willingness to undergo a short-term loss for a more long-term investment. In the case of Counterparty, even though XCP transactions happen on the Bitcoin blockchain, they can’t be seen directly on the Bitcoin explorer. There is a special block explorer called Counterparty Chain for viewing such transactions.

Work on the upcoming Lightning Network promises to enable nearly instant, cheap and safe exchange of Bitcoin between untrusted parties. As it recently launched mainnet Lightning applications (Lapp), we expect that the Counterparty team to be all over the topic and explore the opportunities that appear on account of payment channels. Features in Counterparty are under development that will allow the use of uni- or bi-directional payment channels with Counterparty tokens. Future work will allow the use of the Lightning Network with Counterparty, enabling a rapid, decentralized, and off-chain exchange of tokens that eventually settles onto the Bitcoin blockchain. 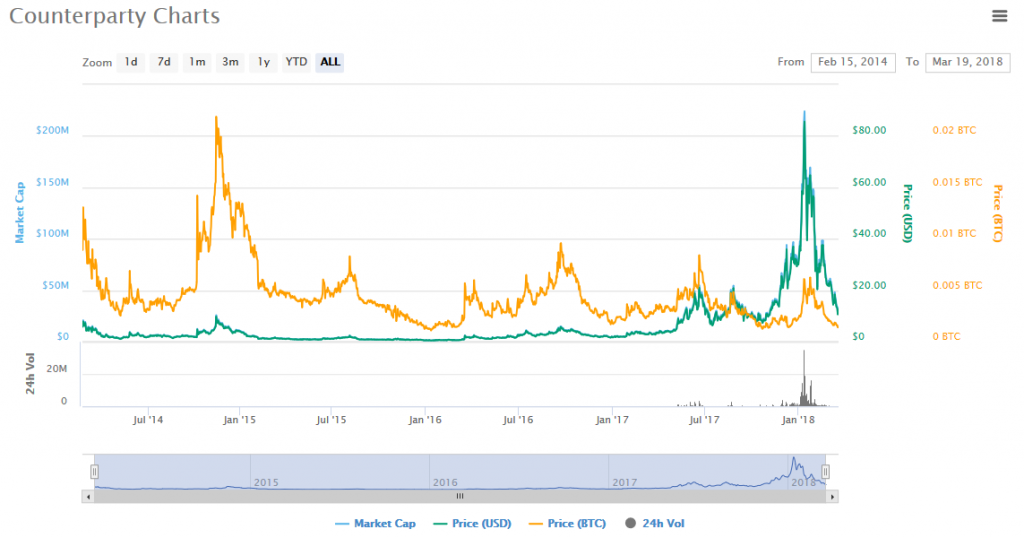 “Proof of Burn” is a legitimate way to start your own cryptocurrency, but it might be cheaper and easier to simply create a counterparty token. Considering that the Bitcoin blockchain is confirming transactions for XCP, which means that the confirmation of your asset would take as much as mining a Bitcoin block does, i.e. approximately 10 minutes. If your application requires you to confirm transaction and blockchain changes faster than this, then Counterparty is not for you, and you are better off using a different platform, or “burning” into a faster network.

Want to learn more about Counterparty?