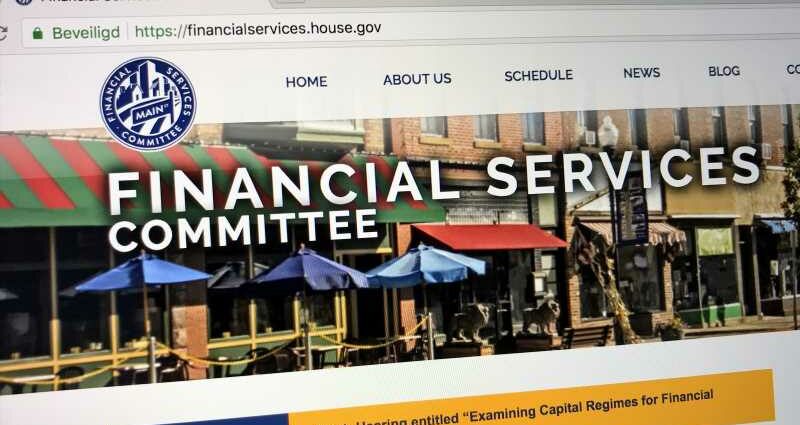 Cryptocurrencies have become a key topic of discussion across Washington as America’s leaders are rapidly waking up to the reality of its disruptive potential. Individuals from different branches of government are weighing in on its development and adoption, and although many express concern or derision over the use of blockchain assets, there is also a clear lack of consensus over future policy and regulation. This variance in opinions is all but certain to grow wider as more players become involved in the crypto space, and more of the public becomes interested in the technology.

The congressional hearings over Facebook’s Libra coin were marked with scathing criticism of the social media company’s desire to enter the digital currency market. Members of the Senate Banking Committee and House Financial Services Committee expressed serious concerns over issues ranging from privacy to tax evasion should the digital currency gain widespread use. Of note, however, was the fact that the committee was far from united against the changes that will soon take place as blockchain platforms mature. House members Brad Sherman and Maxine Waters were very hostile, yet their colleagues Patrick McHenry and Tom Emmer were far more open minded. McHenry referred to distributed ledger technology as an “unstoppable force,” and stated, that “due to the nature of the technology around Bitcoin governments cannot kill it. Nor should they. And you can’t kill digital currencies broadly. They will be enduring they will be strong. That is the new framework of the next generation of the internet. That is clear.”

Emmer echoed this sentiment, stating: “Bitcoin is now 10 years old. And now suddenly, magically, Congress is responding. In other words, after more than a decade Congress has apparently started to care. I’m glad after all these years that Congress has finally decided to pay attention to the technology, that could again, just like the internet, upend how we do everything in our lives.”

Federal Reserve chairman Jerome Powell has, not surprisingly, expressed reservations about cryptocurrencies, but has not outright condemned them. Speaking before the Senate Banking Committee he referred to Bitcoin as a “speculative store of value” and suggested that blockchain assets could one day replace reserve currencies such as U.S. Dollars and Euros. Powell was quite critical of Libra, echoing many of the same concerns as much of the Congress.

Donald Trump has made no secret of his disdain for all cryptocurrency as well as Facebook’s move into the space. In a series of tweets Trump has stated that Bitcoin and altcoins are not “real money,” and that Libra would have “little standing or dependability.” Nevertheless, not all figures from the Executive Branch agree with him. Trump’s Chief-of-Staff, Mick Mulvaney, is a strong proponent of Bitcoin. In 2017, while serving in the House of Representatives, he helped found the Congressional Blockchain Caucus. Mark Calabria, who served as Mike Pence’s chief economist and now heads the Federal Housing Finance Agency is also an outspoken supporter of blockchain assets.

The messages coming from Washington on the state of blockchain adoption reflect an environment where leaders clearly have no idea how to address the impending economic paradigm shift. Numerous comparisons have been made between blockchain and the music industry, which in 2001 saw its entire business model rendered obsolete with the release of file sharing software. Now, however, it is banks, the Federal Reserve, and perhaps the very value of the Dollar that is under fire. It is the nation’s politicians that are in the same seats as former music executives who were unable to reach a consensus on how to deal with an existential threat to the status quo.

With ever more political voices speaking out on the blockchain revolution, it is safe to assume that tensions will begin to run high as change will be forced on very powerful, and wealthy institutions. There will continue to be significant differences of opinion on how to regulate this new technology. Nevertheless, this environment is a necessary step in the inevitable move toward mass adoption.

Lates News:
2022-01-04
Previous Post: Man, 75, dies after falling into Hawaii's Kilauea Volcano
Next Post: Alleged Fox Christmas tree arsonist on the lam after he was freed without bail